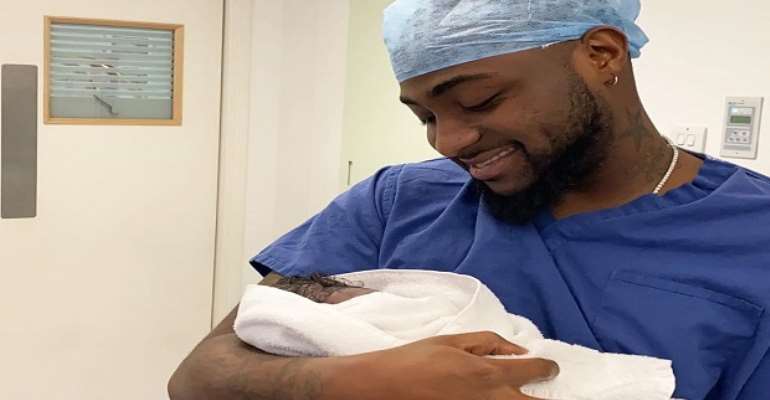 Chioma Rowland, the fiancée of popular singer, David Adeleke aka Davido, has delivered a baby boy.

Chioma gave birth on Sunday at an undisclosed hospital in the United Kingdom (UK).

The excited 'Assurance' crooner made the announcement on his Instagram page.

Nigeria's Daily Post earlier reported that the 27-year-old, on 5 September, had his introduction ceremony with his fiancée's family.

Davido and Chioma are expected to wed in 2020. The announcement came after the artiste visited the parents of Chioma, for a proper introduction.

The welcoming of their baby is a new phase to their relationship.