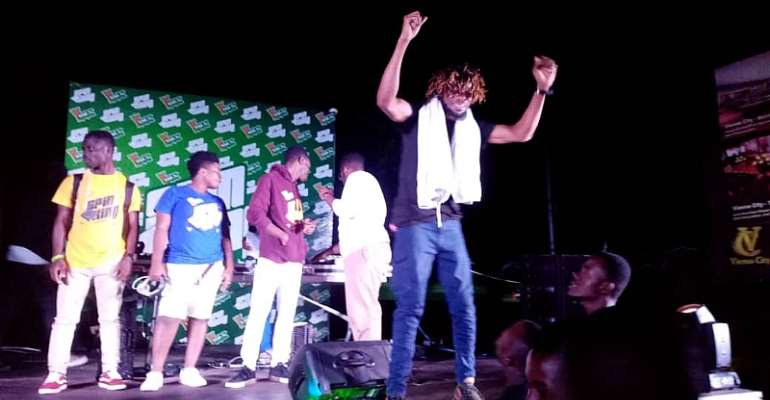 The organizers told www.newshuntermag.com that Spin King is the biggest DJ’s reality show in the region and they will do their best to sustain this fate.

The show had its auditions on 14th March 2019. More than 90 applicants were slashed down to 20 finalists at the auditions which to place at Queens Sports Bar.

The DJs were selected at a random pick from the ‘Spin King virtual house’ to face each other on a 4 men contingent battle at 3 pm every Sunday live on y 102.5. The finalists were taken through tutorials and training behind the scenes to prepare them for the Sunday battle.

Coleda, the only female finalist won for April, DJ Sunshine for May, DJ Pac for June, DJ hashtag for July and DJ Supremo for August.

The much-publicized grand finale hosted by DJ Kastiva came off on Friday 27th September 2019 at the forecourt of Vienna City Kumasi, with an atmosphere of Music lovers and industry players at the venue to witness the creativity and cheer their favourite DJs to victory on the night. The show had a great set of judges for the night being Veteran DJ Magic Sam, Music producer Ball J, award-winning Turntablist Mr Kastro, and DJ Chiefaro.

After the fierce battles at the first and second round, the final 3 DJs were made to charge the crowd to choose the winner by the crowd reaction.

DJ PAC was crowned the winner, DJ Sunshine who wowed the crowd by playing with gamepads placing second by a close call. DJ Coleda and DJ Hashtag placed third and fourth respectively. DJ Pac took home the bragging rights of being the Spin King of Season 1, he would be given a year contract internship with YFM and also be billed on major shows by Global Media Alliance.

Spin King was hosted by DJ Kastiva and Produced by Dbkyei with photo and video assistance from Nana Bawua.