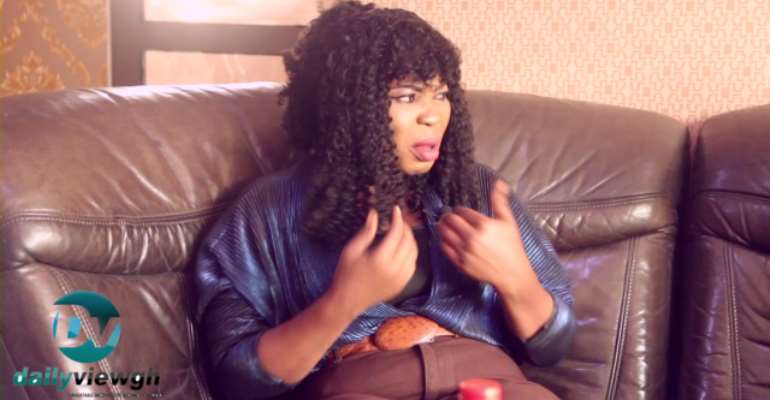 “Earlier in my career just once, small-time actor Agya Koo asked me for sex for a role and I said no, and walked out,” Naana said in an interview with the Adinkra Tv.

Naana’s comments come in the wake of a scandal involving powerful Hollywood movie producer, Harvey Weinstein who is facing allegations of sexual misconduct and rape from an ever-increasing number of actresses.

According to Naana, she stormed out after the Agya Koo made that demand.

She said such instances of sexual harassments are common in other professions, adding that many women face unrequited sexual advances from men in powerful positions.

“It’s unfortunate that it’s very common but it cuts across everywhere. Women are subjected to unwanted sexual advances from men in powerful positions especially who want to take advantage of their vulnerability,” she said.

“Especially in Africa where there’s a lot of poverty and people are looking for jobs, they know how to feed on peoples desperation.”

She also narrated the experience of a young lady who complained to her about unwanted sexual advances from movie producers.

The kumawood also made allegation comments about actress Afia Schwarzenegger.