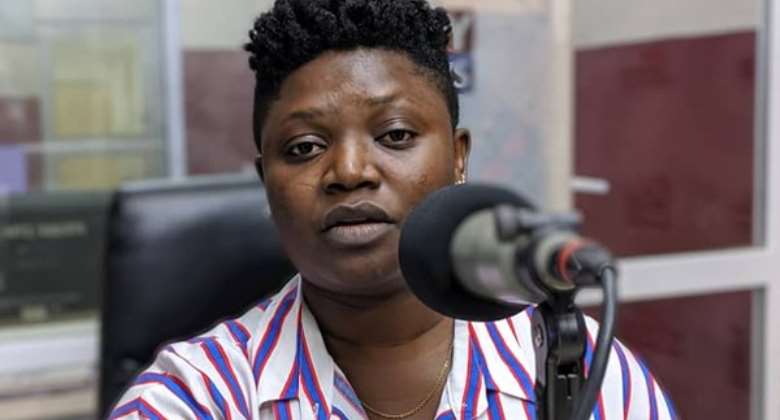 A Kumawood actress has revealed a harrowing tale of how up and coming actresses do not get paid even after offering sex to get their roles.

Safina Haroun revealed that after a director or producer preying on young actresses with the option of either giving in to their sexual demands or paying to get a role they get nothing.

According to her, these actors, after either giving sex or paying about ¢2000 to get a role in a movie, end up funding their transportation and even clothes for the production.

Safina told Naa Ahorkor in an interview on Showbiz A-Z on Joy FM Saturday that directors and producers harass young actresses for sex every day.

“…It’s two things…its either I will pay or I will sleep with him and I said okay fine I have the amount…he said no I don’t want the money it’s you that I want…he said I should give him ¢2000…if you are not ready then I’m going to give the role to someone else,” she narrated.

The actress, who has about 15 movies to her credit, explained that because of the opportunities that movies could give her; she nearly gave in to the director’s demands.

She alleged that the actress who later got the role was dating the director.

Asked how much the director or producer was going to pay her for the role, Safina said “nothing” and explained that “in Kumawood they don’t pay us when you are an up and coming actress they don’t pay you.

“They say you are learning… they call you, you come and shoot – you use your own costume, your [transportation] – and go.”

The Kumawood actress shockingly revealed that some up and coming actresses sometimes wash clothes or even work on construction sites of directors or producers just to get roles.

“I even do washing for them,” she said and they even go their site to carry concrete, carry water just to get roles and after that, they end up getting ‘ADD addendum’ roles which are usually not part of the scripts and may not even feature in the finished movie.

Safina expressed the worry that the disturbing development cannot be curbed any time soon and any attempt to protest or report will lead to victimisation.