Desperate actresses give sex to get to the top - Vicky Zugah 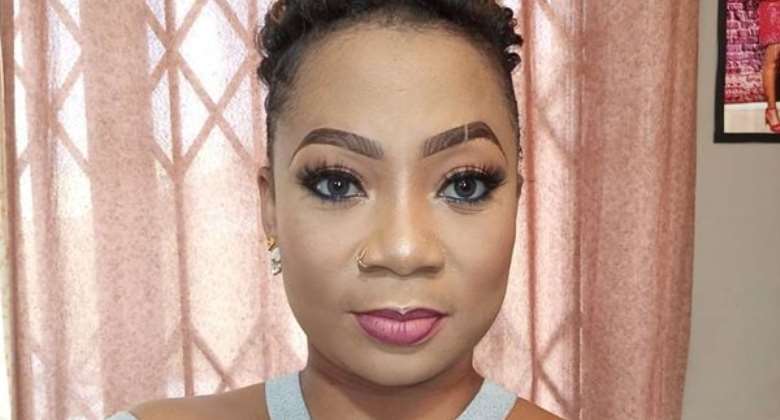 Actress Vicky Zugah has revealed that most up and coming actresses, who are very desperate to get to the top, easily give in to sex advances from movie producers and directors.

The actress noted that the phenomenon of sex for roles is a growing canker in the movie industry and producers are using that to take advantage of young actresses.

Speaking in an interview with Naa Ashorkor on Showbiz A-Z on Joy FM Saturday, Vicky noted the issue is on the rise and it is absolutely strange if a director does not ask an actress for sex for a role.

“Sex for roles in the movie industry is very real. I won’t lie about. It’s happened, it’s happening and it will happen again tomorrow and it’s normal,” she said.

The ‘My Darling Princess’ actress explained that, “If you are a woman and you are in the industry and no one is asking you out like a producer, a director or someone who is in charge isn’t asking you for sex then there is something wrong with you, this is what I think because men are attracted to what they see. If you are a fine girl, they will definitely ask you for something.”

She revealed that “Some [up and coming actresses] who are very desperate, they like to get to the top in a minute so they give it out to get what they want so it’s very real.”

With over a decade’s experience in the movie industry, Vicky Zugah disclosed that several directors and producers have demanded sex from her before they give her a role.

Asked if she has ever given in to any of the advances, she responded in the negative and said in “most cases I lose the role.”

The mother of two, however, admitted that she has had sexual relation with a director but not for a role. “He did a lot of jobs without me” because they are some roles that did not fit her.

“You don’t have to necessarily put people in a movie just because you are sleeping with them or you are dating them it’s not right. This one of the reasons the industry is not progressing,” Vicky lamented.

She strongly noted that most big movies feature actresses who have sleep with directors or producers and therefore do not deserve their roles.

“You see some people playing a certain kind of role that they don’t fit in,” she stated.

The actress, who also revealed that some directors and producers demand cash for roles, advised up and coming actress that, “if you want to get to the top, work hard.”

She was emphatic that sleeping with directors does not guarantee that they will be cast for a role.