I Have No Grudge With Sarkodie, I'm Busy Making Money — Shatta Wale 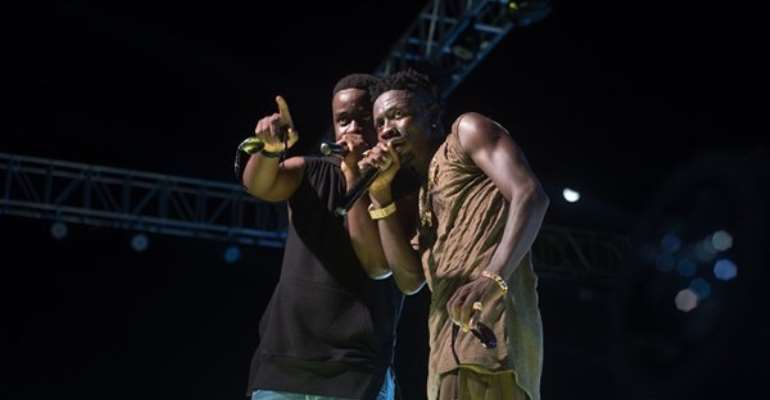 Dancehall artiste Shatta Wale has dispelled rumours he has a grudge with rapper Sarkodie.

This follows recent claims from music lovers and fans that the two artistes have not on good terms for some time now.

The simmering tension between the two artistes seems to be of concern to critics and music lovers.

Evidence of this was when the BET award-winner hit out at Shatta Wale in his freestyle “Advice”.

Also, Shatta Wale’s failure to congratulate Sarkodie after he made history by being the first artiste to win the Best International Flow at the 2019 BET Hip Hop Awards.

But in an interview on Adom TV’s ‘Fire for Fire’ on Friday, the dancehall artiste explained he felt it was not necessary that is why he did not congratulate him.

The ‘My level’ hitmaker debunked the claims saying “Sarkodie is my brother and a friend, whatever issue between us sometimes pertains to showbiz.”

He added “I believe I haven’t taken any valuable of his. I haven’t stolen his song, in fact, I have [done] entirely nothing wrong to him, he knows what the problem is which is none of mine.

“But when he accepts the fact that he is at fault, why not, we are brothers besides I am busy making my money.”