Ghana Music Awards UK After Party Is On Oct 13 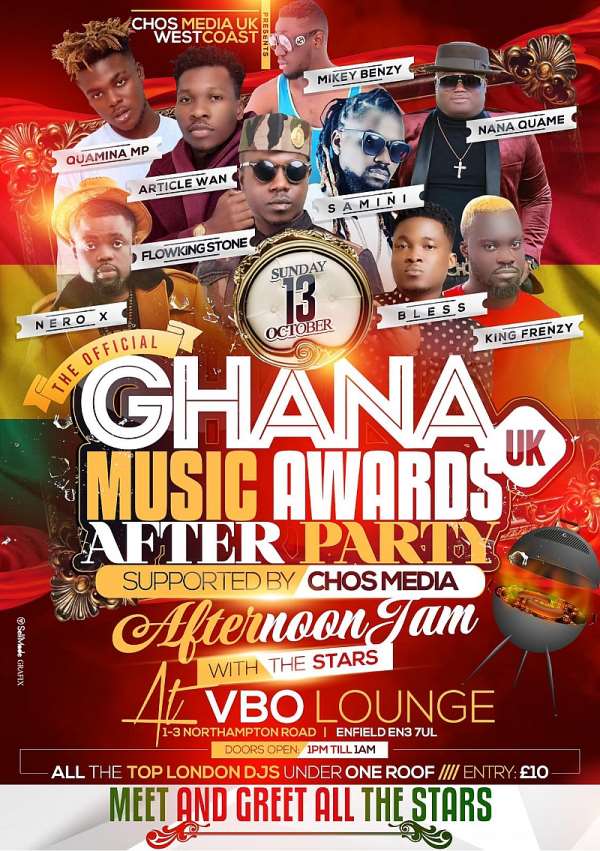 The 2019 Ghana Music Awards UK came off successfully at the Discovery Center in London on Saturday, 5th October.

The after-party is expected to follow on 13th October, 2019 at the VBO Stars Lounge, according to a poster released by the event organizers, Alordia promotions.

The details on the poster indicate that a different set of musicians and entertainers will those who previously performed at the main event.

The organizers explained that it is in line with their promise of offering quality entertainment to music fans and also fill in the gap for the artistes who returned to Ghana after the Awards to attend to other equally important assignments.

The organizers also assured that the new set of musicians who have confirmed to attend the programme from Ghana include Michael Akotua Addo (Quophi Akotuah Ghana) a fashion designer who will be styling the musicians, Nhyiraba Kojo, King Frenzy, Mikey Benzy.

Macassio and Frank Naro who are not on the poster have been rumored to be surprise acts who have been booked to perform on the night alongside the Solo hitmaker Article One, Samini among others.

This year’s after-party is being supported by Chaos Media and West Coast in the UK.

Akufo-Addo is sleeping on the job, he’s a failure – Ofosu Am...
36 minutes ago