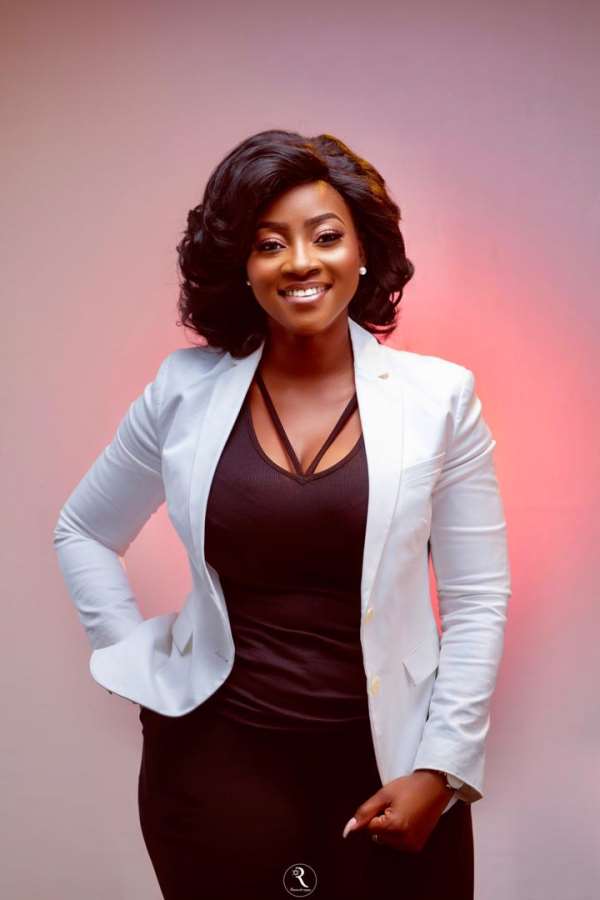 It's announced and official! Prime time relationship talk show host, Shirley Tibilla affectionately called Cookie Tee will return as the main host of the Radio and Television Awards 2019 , a release by the scheme announced Monday.

This will be the second time the award-winning radio and Television talk show host of both Tales from the Powder Room on GHOne TV and Starr Drive on Starr 103.5 FM will control the event to honour and celebrate the most influential and active media personalities in Ghana.

Cookie Tee will be steering affairs in the stage with the aid of a male co-host, actor James Gardener.

The 9th edition of the Dolphill RTP Awards will take place live Saturday, October 12, 2019 at the Accra International Conference Center.

"The news headlines went firing with photos of Cookie in the last edition. She got top starred reviews by learned industry critics and ardent watchers.

We can't forget her opening monologue, through the show as she cleverly contained her audience with humorous and world class presentation. We could not have asked for any other" — Kelly Nii Lartey Mensah, media critic in his review article stated.

*PROFESSIONAL EXPERIENCE*
Cookie Tee's skillful control on stage is unparalleled especially in such an event whose audience are unpredictable. Anything can happen at an RTP Awards night and her expertise and professionalism seem to have instilled a lot of confidence in the organizers, should anything happens?

Having hosted a chain of prestigious events on the 2018-19 calendar, including the almighty 3 Music Awards second edition, AirtelTigo @1 anniversary, BET Award winning rapper- Sarkodie's rapperholic launch in both 2017 and 2019, Accra City Hotel 30th Anniversary as well as many corporate and entertainment shows across the continent - we say, get ready for an unforgettable showdown at the 2019 RTP Awards. Get ready to be dazzled with an all astounding performance from your lady MC for the night - Shirley "Cookie Tee" Tibilla.

*About Awards*
As one of the most star-studded ceremonies and longest Red Carpet event in Ghana, patrons are expected to see awe-inducing fashion up and down the red carpet from some of their favourite Television/radio personalities and music stars.

The DOPHIL RTP Awards promises an exciting night to celebrate radio and television personalities who have excelled in the field.

I’m married and I have a girlfriend, both my wife and girlfr...
20 minutes ago

'Ghanaians are angry with the hypocrisy of economic experts ...
28 minutes ago