Noble Nketsiah, Others To Perform In US 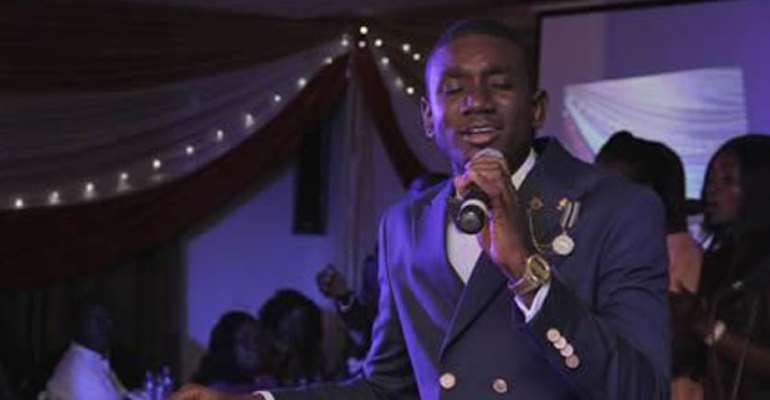 Gospel musician Noble Nketsiah and some of his colleagues will soon be embarking on a tour to the United States of America (USA) to promote Ghanaian gospel music and their works.

The US tour would see Noble Nketsiah, the headline artiste, and some selected Ghanaian artistes perform in Missouri, Virginia, North Carolina, among others.

It would kick off in December and end in February next year.

Dubbed 'Afro Gospel Show', the tour is being organised to bring together gospel artistes and their fans on one platform to worship and praise God, as well thank Him for his blessings.

Patrons who would attend any of the shows would have the opportunity to interact and take photographs with all the performing artistes on the bill.

Noble Nketsiah would be backed by his band, singers and dancers whose performances have won them international recognition.

Noble, who has performed on a number of international gigs, is expected to dazzle the crowd with his stagecraft that has endeared him to the hearts of music lovers.

Noble Richard Nketsiah is a highly inspirational gospel musician whose music career took off as a solo artiste in 2001.

His songs mainly project the faithfulness of God and the reason why Ghanaians should give thanks to Him as long as they live on this earth.

Noble has performed throughout Ghana and in some countries in Europe such as France, Germany, Italy and Canada.

According to the organisers, Reborn Muzic Management & Engineering, there would be a two-day music and copyright workshop for all the musicians billed for the tour before the concerts starts.

The workshop would educate musicians on copyright laws protecting the music right owners and other related laws.

The workshop is expected to provide concrete guidelines to marketing Ghanaian music internationally.

It would also trace the history of Ghana music, the various genres, types and styles and their originators.