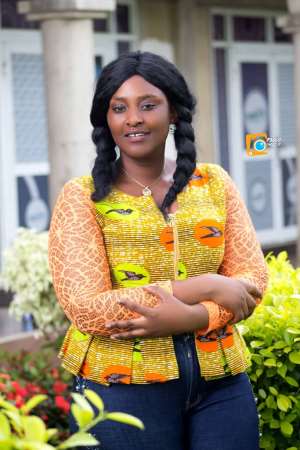 Radio Personality Obaapa Esi Akyere has indicated that Ghana is no longer safe for both locals and nationals.

According to her, the recent attacks and killings of police officers by armed robbers, the heavy dark cloud hanging around the missing Takoradi girls is an indication that the security of the West African country has broken down.

Her comments follow the announcement by the Acting Inspector General of Police, (IGP), Mr James Oppong Boanuh that the DNA test conducted on the four human remains discovered around a house once occupied by the suspected kidnapper has proven that the girls were indeed dead, in Accra on Monday night.

The Akwaaba host on Radio 1 said in a discussion monitored by Ghanacelebs.com that "The girls were alive, the CID boss assured the whole country to the extent of knowing where they are, but failed to protect them and now they are here telling as they are dead, this means Ghana is no longer safe for everyone".

She added: “The efforts of the police or the government or whoever is in charge, do not lead to criminal conviction and that is the worrying thing for me.

“J.B. Danquah-Adu, the MP, was killed in his home, and so far, nobody has been convicted for it. We are all not safe in the country. Why is it that we have not had a single criminal conviction for any of these things that are going on?”