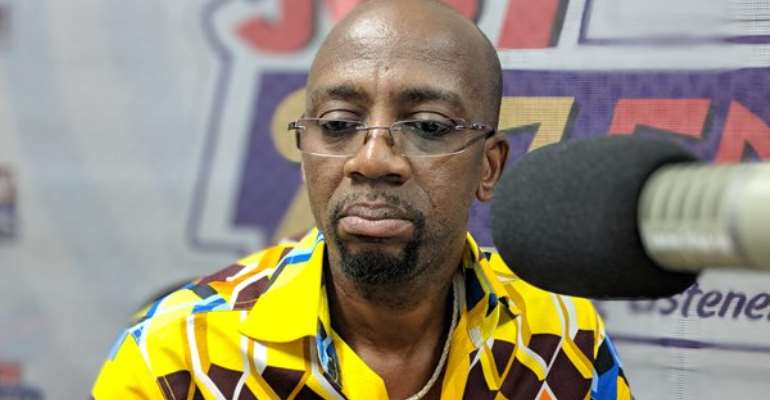 Veteran musician Rex Omar says until the arrival of some new artistes onto the music scene, he had no hope the Highlife genre would survive after some veterans are gone.

According to him, he was worried a few years ago that, the genre adored by many as Ghana’s original sound, was dying because many artistes had driven away from it to pick up new ones.

“But when I started hearing Kuami Eugene and the Adinas and the KiDis, I said wow. These guys would take the mantle and then we would be behind the scenes supporting,” he said in an interview on Daybreak Hitz on Hitz FM.

He told Kuami Eugene, who was also in the studio, that “people like you give me the hope that all is not lost.”

Rex Omar stated that these new artistes working hard to push Ghanaian music through Highlife need all the support they would get.

The ‘Abiba’ singer, who doubles as the Chairman of the Ghana Music Rights Organisation (GHAMRO), praised Kuami Eugene for being dynamic in his quest to push Highlife music.

Rex Omar explained that the Lynx Entertainment signee’s ability to adapt and play instruments would help him a great deal in his career.

“This our industry has some slippery roads and we the older artistes would have to hand over the mantle to these younger ones, so I am happy that we would be behind the scenes to guide them so that they don’t fall into the pits,” he told Andy Dosty, host of the show.

Kuami Eugene and Rex Omar will perform together on Friday, October 4, at the +233 Jazz bar and Grill.

The event dubbed ‘Hero Concert’, according to Kuami Eugene is his way of celebrating his music heroes.

He told Andy Dosty on the show that the Hero Concert will be a yearly event where various veterans are celebrated.