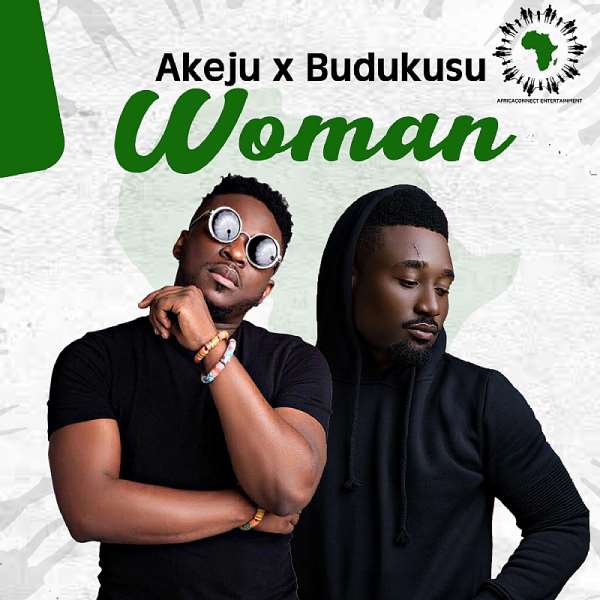 The CEO Dr. Christian Bannerman is thrilled by the synergy of both artists in the production of the song followed by the music video.

Budukusu’s single Woman, featuring Akeju, will air September 26, 2019. The audience will gravitate to this as his fans have enjoyed his other hits such as "Sangolo," "U Too Bad," and "Baby" to name a few. These songs are just a sample of the versatile compilation he has created while with his management team, Bakus Records and Entertainment; and MIH Cultainment.

Akeju felt this track was in line with his philosophy, creating a synergy between Africa and other cultures. This song speaks of international women, you will see that throughout the music video. The song really captures the essence of women.

Budukusu was born in Ghana. He is considered the fastest rapper in Ghana and the inventor of tongue-twisting in Twi, his native language. He is an accomplished songwriter and is well-versed in multiple genres such as rap, dance hall, pop, and many more. During the early stages of his musical career, he was instrumental in combining Twi and Root African vibes which later became his own genre called Tongue twisting.

Akeju was born in Ghana to Nigerian parents. He is a versatile artist and well-versed in several genres such as Afropop, afrobeats, afro dancehall. He began his musical journey over a decade ago. Some of his most recent projects are Kiss and Tell; Kiss and Tell remix featuring Beenie Man “King of the dancehall”; Most High featuring Alexis Layne; Emotions featuring Lil Scrappy of Love & Hip Hop; Akeju the EP.

To kick off Dr. Christian Bannerman’s new project, a launch party took place this summer in the Hamptons, to introduce the company AfricaConnect Entertainment and their artiste Budukusu.

CEO of AfricaConnect stated, “We knew featuring Akeju on Budukusu’s single was a great selection. They have a unique sound and they complement each other."

Visit AfricaConnectEntertainment.com, to keep up with his tour dates and upcoming projects.

Africa Connect Entertainment is an agency born from the love of all things Africa. Being Ghanaian born Americans, two cousins Christian Kofi Bannerman and Enoch Kofi Bannerman knew the lack of representation that Africans had here in the states specifically in New York.

Traditional African artists and musicians have toured the states with minor promotion agencies who did a great job but the powerhouse that will serve and promote all things African is and was lacking. Being music lovers and promoters of all African arts, the cousin wanted to invest in the music and arts coming from Africa to the Diaspora, as such Africa Connect Entertainment Inc company was created in 2018.