I And Shatta Wale Are ‘Too Special’ To Be Prosecuted – Stonebwoy 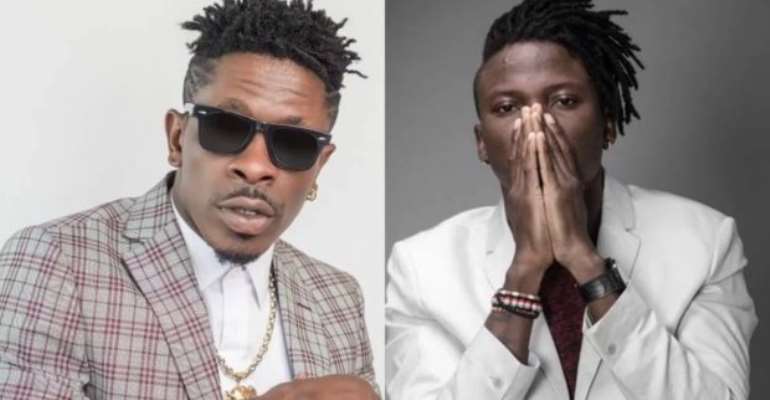 Stonebwoy has explained why he recently wanted the State to drop the court case between him and Shatta Wale.

A few days ago, Stonebwoy pleaded on the powers that be to relieve them of the matter which came as a result of the scuffle that ensued between him with Shatta Wale at the 2019 Vodafone Ghana Music Awards.

Speaking to Jessica Opare Saforo on Citi FM’s Traffic Avenue on Tuesday, he said the two of them deserve some clemency because they are “too special.”

“In Ghana, Stonebwoy is special, Shatta Wale is special. We are too special. Special people get some special treatment like the bosses get some bossy 'chick',” he said.

“The reality of the matter is that the two of us have led by example as leaders as we are because leaders will clash, leaders will fight but the speed at which they realise also matters. Sometimes it takes time,” he added.

Last week he said on Hitz FM that: “We are still hoping that the government would issue a Nolle prosequi by the Attorney-General because we have led by example to be honest.”

On May 18, 2019, during the Vodafone Ghana Music Awards, after Stonebwoy walked to the stage to receive his award for being named Reggae/Dancehall Artiste of the year, Shatta Wale and his team of more than five persons began walking towards the stage too.

This compelled Stonebwoy's manager to confront the team, a situation that resulted in fisticuffs with one of the Shatta Wale team members.

The situation escalated into a free-for-all brawl, making it difficult for security officials to control them.

Stonebwoy who also pulled out a gun in the process, apologized for the incident when he returned to the stage to receive another award.

Both Shatta and Stonebwoy have faced public criticism for their roles in the incident and were arrested before being granted bail of GHc50,000 each.

Their situations worsened when they were suspended indefinitely from the VGMAs and ordered to return the three awards they picked up between them on the night.

Stonewbwoy and Shatta Wale later organised a press conference to announce that they had united.