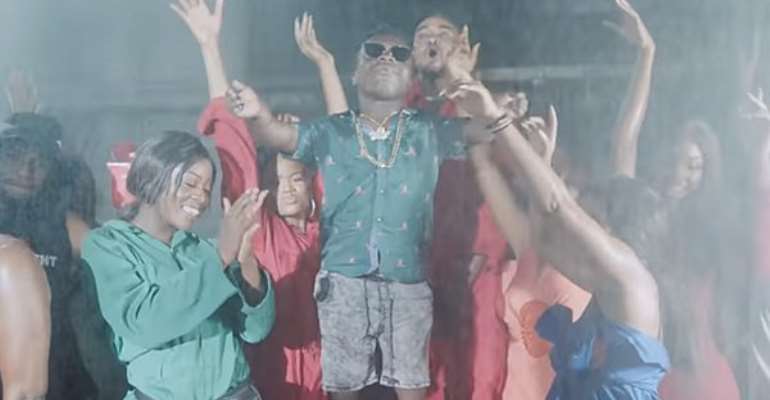 The Nigerian music star teased a nine-second clip of the video, ‘Audio Money’ last week, which showed Shatta Bandle being chased by firemen.

Shatta Bandle played his well-known character of bragging about his money in the video.

The video was directed by Jude Okoye and Clarence Peters.