Elvis Darko Commends Trump, Jeff Bezos And Beyonce For Their Exclusive Contribution In His Film 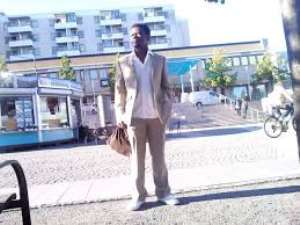 Swedish first black billionaire and music inv, Elvis Darko is thankful to Amazon's boss, Jeff Bezos who has guided him to raise Swedish 1 billion for his new enterprise.

Elvis Darko aka Bettafella, the Ghanaian, Swedish and American music executive has invested a lot in terms of money and knowledge to launch this new film that revolves around his true life. It's a fantasy and a sci-fi that highlights a young black man's story that resides in Stockholm and became a rich man.

Also, Elvis Darko thanks Prince Carl Philips, Duke of Varmland for agreeing to help him to launch a 600 million USD film.

Moreover, the skills of Elvis Darko have helped him a lot to manage a finance tour entitled 56 billion USD by President Trump and Berkshire Hathaway's boss Warren Buffet. The kindness of these famous persons has further helped him to learn more about the world, entertainment, and life. However, the latest book "How I became a billionaire" composed by this great business architect and investor is waiting for its grand release in the next year.