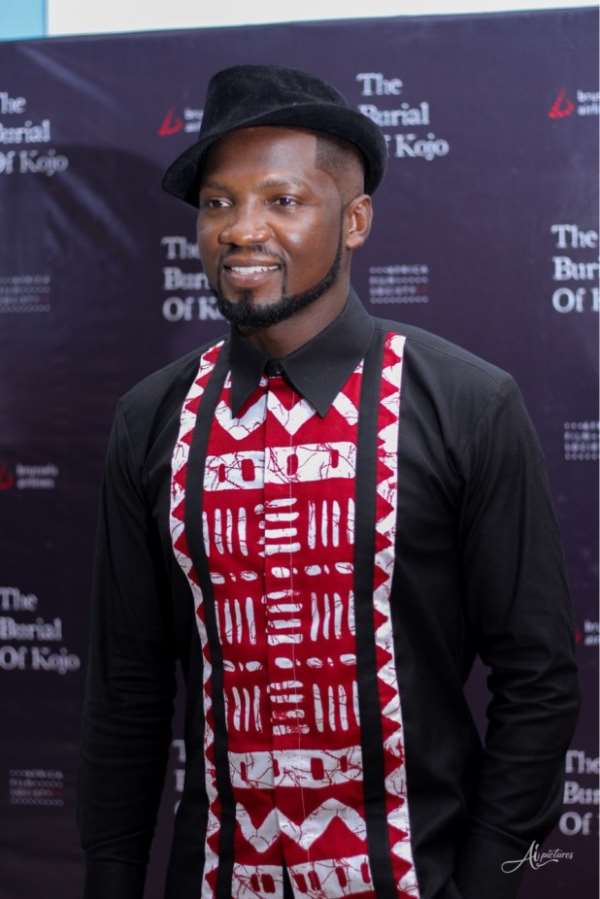 Super talented Ghanaian actor, Kobina Amissah-Sam has been nominated in the 2019 edition of the Africa Movie Academy Awards.

For his role in the riveting and scintillating film ‘The Burial Of Kojo’, Kobina Sam has been nominated alongside other African greats such as Kanayo O. Kanayo and Bucci Franklin in this year’s edition of the most prestigious movie award scheme on the African continent.

Kobina, who played the supporting role to the lead character as his brother in the film was instrumental in displaying to perfection the dynamism surrounding the thoughts and actions of his character.

‘The Burial Of Kojo’ has been classified by many as one of the best films ever to come from Ghana. Many have also argued that Kobina played a vital role in making the movie a success and this new nomination is definitely a confirmation of this assertion.

Kobina Sam has featured in dozens of films including the famous ‘Beast Of No Nation’ and The Burial Of Kojo’.

Meanwhile, the film ‘The Burial Of Kojo’ earned 10 nominations in this year’s edition of the prestigious awards including Best Young Actor, Best Male In Supporting Role, Best Director First Feature, Best Actor Leading Role and many others.

Congratulations to the young man and the entire crew for this film.