Nkosuohene To Be Honoured At 3G Awards 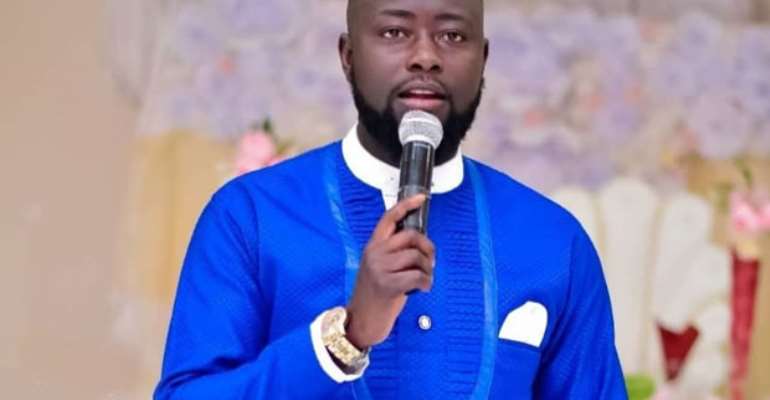 Nkosuohene, born Francis Frempong-Manson, will be honoured at the 2019 edition of Global Good Governance (3G) Awards in the USA.

The award-winning presenter and journalist has been announced as one of the honourees for the award ceremony scheduled for November 23.

According to organisers, 3G Media Group, Nkonsouhene would be joining the likes of Azumah Nelson, Abraham Attah, Asamoah Gyan, Kennedy  Ohene-Agyapong and a number of others who have once been honoured for achieving excellence in their line of work.

Nkosuohene is described as a Ghanaian freelance journalist, radio presenter, master of ceremonies, event promoter, actor and entrepreneur based in Denmark.

He was born in Accra and had his early education at Asante Akyem-Obogu and later attended Okomfo Anokye Education Complex in Kumasi.

In 2000, he moved to Palermo, Italy, with his family where he completed his high school education. He then had his tertiary education at British College of Journalism based in Oxford, England, where he studied journalism, multimedia and world politics.

Following his high school graduation, he was offered a role as the youngest radio presenter in Italy where he stayed at the company for three years approximately.

He then moved to Germany to further his career. He worked as a radio broadcaster in Berlin, which aired to listeners all around Africa, Europe and Asia. Thanks to his skills and acquired experience, he was offered a position at TopAfric Radio in Hamburg Germany. While working as a broadcaster at TopAfric, he was also offered the opportunity to promote events within the Ghanaian community which uncovered a further skill as master of ceremonies.

He has interviewed African personalities from all sorts of industries, including ex-President John Kofi Agyekum Kufuor and a host of others. He has also received different awards.

3G Awards is the latest to honour him.
The ninth edition of the award ceremony is dubbed 'A Night of Heroes', and it would be held on November 23 in New York. Over the years, the award has recognised the sacrifice and dedication of leading trailblazers of the greater Ghanaian and global communities.