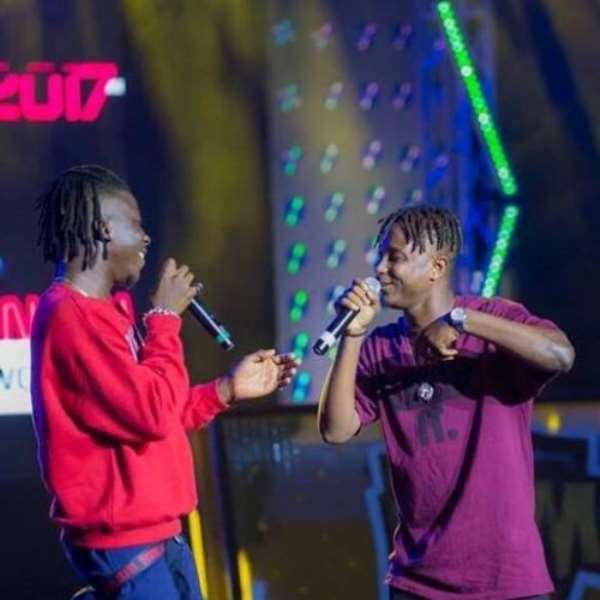 Stonebwoy has finally broken his silence over issues involving him and Kelvyn Boy which dominated media some few weeks ago.

In every rumor, there is an iota of truth and according to grapevine reports Kelvyn Boy had a problem with his boss and was on the verge of leaving Burniton Music Group.

In a Facebook Live Stream, Stonebwoy said, “Kelvyn Boy is my youth” to which there is no truth in what was being peddled

He disclosed that Kelvyn Boy is his son and that he cannot have problems with his son.

However, his posturing and reaction to the question was a clear indication that there were issues at hand that needed to be addressed.

Watch stonebwoy claering the air below

Inside Politics: Political Quotes
Catch up with all the political quotes from our politicians.
Sponsored
More Exclusive News
Modern Ghana Links
“You’re so shameless, you're either sleeping with the men I date or work with” – Afia Schwar fires more shots at Mzbel
Kweku Flick warns Ghanaians to stop comparing him to Kwesi Arthur
Afia Schwar reacts to Mzbel’s task to ‘Naa Yewe’ to kill her
How Slay Queen dies after being sexually harassed on stage
Young man cries as he tries to end his life over broken heart
Chief priest defrauded me GHC2,000 over case against Afia Schwarzenegger – Mzbel claims
Stop giving your money to pastors to buy Rolls Royce while you walk in 'chale -Wote' to church – Asamoah Gyan advises Christians
Official: Lady Gaga, J Lo to perform at Biden’s inauguration
Bulldog Released And Granted Bail
Election Reports Quotes Dossiers
TOP STORIES