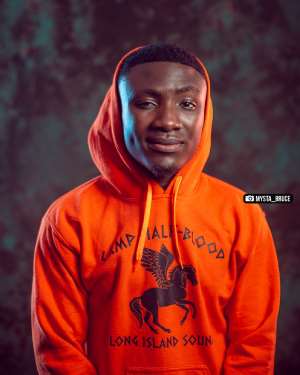 Kwabena Lyta has revealed that he is the best artiste in the Western North Region.

In a Phone interview with MATIC Live, he stated that “I am the best to come from Sefwi because I won the best hiplife song of the year in this year's RTC Western Music Awards"

He added that: "Even though the categories I was nominated in had the likes of Fameye, DopeNation and Ayesem, I was adjudged winner"

He disclosed this in an exclusive interview MATIC LIVE ahead of the release of his much-anticipated song titled Bless Me, which he featured a top popular artist in Ghana.

According to his camp, the identity of the musician he featured in this latest piece is been kept a secret as a form of surprise to the Sefwi Boy Music Fraternity and the general public.

Bless Me is set for release on Kwame Nkrumah Memorial Day which falls on Saturday 21st September 2019.

Lyta is a multilinguist artiste who has been nominated two times before the 2019 edition of the award scheme. He has a large fan base who believes in his work.

Our checks also revealed that Kwabena is a double winner Artist of the year in the Western North Music Awards.

Again his win in the RTC Western Music Awards is one which many have qualified to be pioneer since he is the first artist outside Sekondi-Takoradi to have won that title.