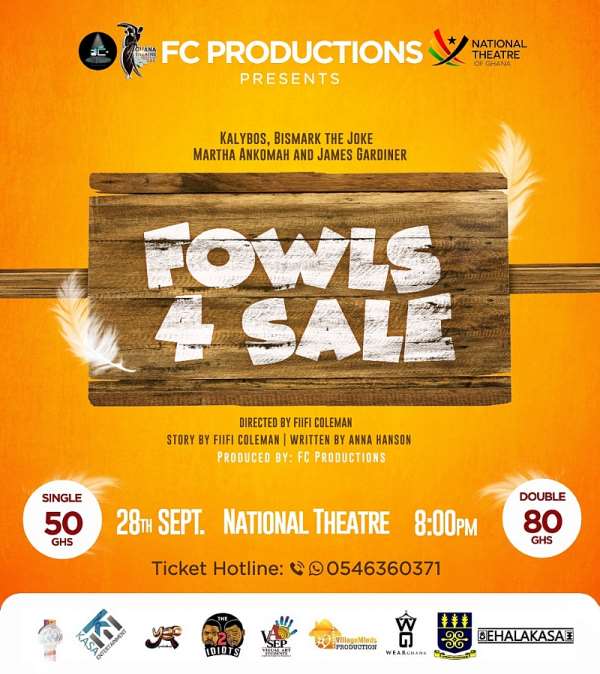 Written by Anna Hanson and directed by Fiifi Coleman, the satire will showcase the controversial ‘ATAA SOWAH’ who upon being been blessed with three beautiful daughters still stands by the rules ‘No Boys Allowed’.

Narrating a portion of the Satire, Director Fiifi Coleman said “Ataa Sowah makes a damning discovery. Dede, his beloved prayer warrior is with a child. For someone who lives the life of reclusion, this is a bombshell. This becomes a subject of discussion and ridicule in the home, especially as Ataa Oko taunts Ataa Sowah over the man responsible for Korkor’s ‘Immaculate Conception.”

He added that backed by gross regret and resignation, controversial Ataa Sowah devises a plan, as a remedy to his dilemma.

This play talks about family values, friendship, marriage and a fathers determination to raise his daughters the best way he knows how.

The Ghana Theatre Festival, initiated in 2014, has grown over the years and has undergone several changes to suit the taste of its yearning audience who want to see a variety performances and artistic displays during the festival. The National Theatre of Ghana has, therefore, improvised and partnered with a well-selected list of production houses that cuts across all the fields of arts.