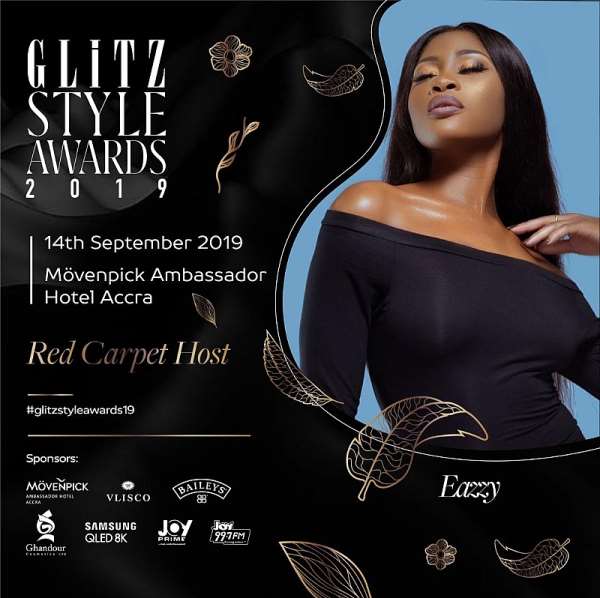 Eazzy, Ghanaian versatile singer who has worked with the likes of Stonebwoy, Shatta Wale, Mr. Eazi and more is on a new gig.

Every year, Ghanaian fashion is well celebrated in a whole different grand style as many personalities take their choice of fashion scene to the annual show Glitz Style Awards.

Announcing personalities to take over specific positions in this year’s event, Eazzy has been announced as a very hot host for the red carpet.

Eazzy on the hand has lead major event such as pageant shows, award events and more to mark good success.

The 2019 Glitz Style Awards will officially go live on 14 September at the Movenpick Ambassador Hotel in Accra.

Eazzy is out with a new Jam titled “For The Where” which featured Joey B.