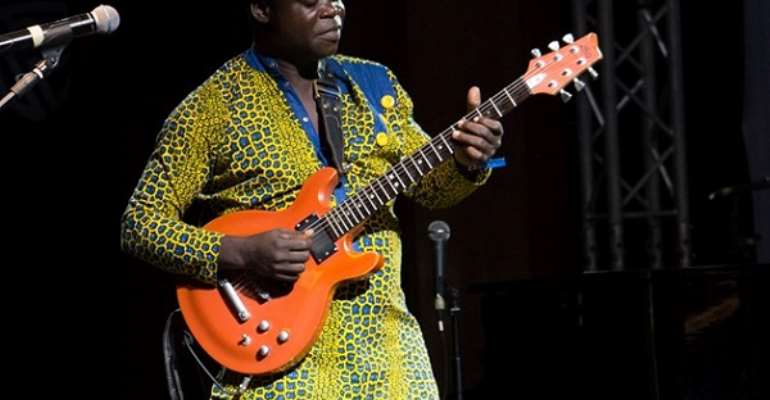 Guitar virtuoso Akablay, together with his Abiza Band, will on Wednesday, September 11 perform at the Goethe-Institut in Accra as part of a new series dubbed 'Goethe-Kotosa'.

'Kotosa' (a Twi word literary translated as bend down and dance) is a live music groove which would provide a platform to diverse bands to enable them to showcase their recent artistic creations.

Abiza Band is set to delight patrons with a vivid blend of fresh, unique and uplifting style dubbed 'Kundum Highlife', which is characterised by an intense fusion of diverse African rhythms, highlife and those of Kundum from the Western Region of Ghana.

Over 30 years ago, Akablay took guitar lessons from veteran musicians Koo Nimo, King Onyina and Paa Joe, after which he joined a band named Butterfly Six in Accra before joining the then Western Diamonds Band.

His celebrated career received a boost when he was named Vodafone Ghana Music Awards' Best Instrumentalist in 2009.

In 2014, he won the Best Guitar Player Award at the 2014 Best Instrumentalists of Africa Festival in Cotonou, Benin. Goethe-Institut Ghana is supporting the performance.