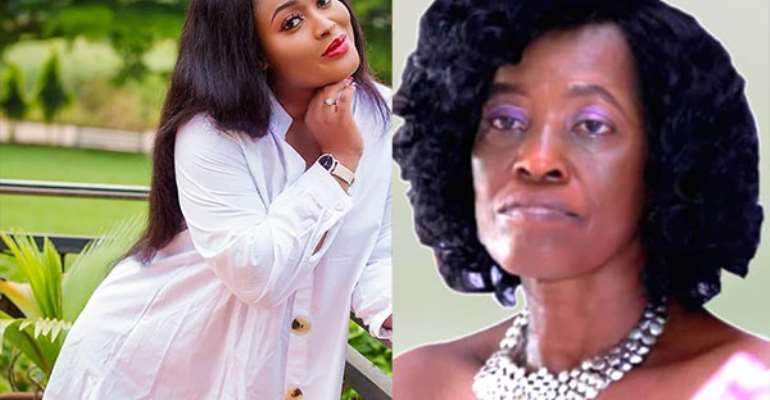 She was 62. The cause of her death is not readily known, but sources disclosed that she was sick for a while before her unfortunate death.

“In tears, joy, laughter, happiness, sorrows, everything that happens in life you (God) know best. All I’m saying now is thank you God. It is well,” she said underneath one of her posts on Instagram.

According to her, there would be a one-week observation in honour of the late Theresa's memory at Berekum on Saturday, September 14.

“With a heavy heart, I would like to invite you for one week ceremony of my beloved mother. I wish to have you at my mum one week ceremony for your sincerest blessings and thoughts for her peaceful soul,” she added.

A number of her colleagues in the Kumawood sector of the movie industry have since been sending their condolences to the actress.

Abena Gyase started getting attention after she was featured in a movie titled 'Supremo'.

She has since featured in a number of local movies like 'Sika Mpe Ahantan', 'War of Roses', 'Me Nko Mebusua', 'Me Gye Meba', 'Tonga', 'Teacher Kojo Ring', among others.

The mother’s death is yet another page in her life, and NEWS-ONE joins many others to send their condolences to her and the family.