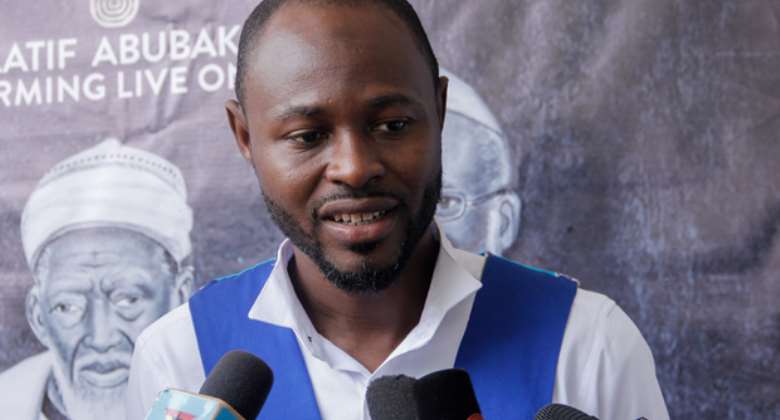 Billed for the Kempinski Hotel on Sunday, September 29, the new theater production is the brainchild of Globe Productions.

It seeks to tell the story of prominent personalities in the Ghanaian society who have transformed lives and promoted positive changes.

Latif Abubakar, Chief Executive Officer of Globe Productions, at the launch, revealed that his outfit had over the years touched the lives of 30,000 patrons across the country with quality, educative and hilarious stage plays.

He indicated that the Legends Play, is a stage play with storylines focused on real life experiences of prominent and respected personalities especially those who have transformed lives and promoted positive change in our society

He said the National Chief Imam was nominated due to the positive impact he has had on the Ghanaian society hence his celebration and honour with a Life Time Achievement Award.

Most Rev. Prof. Emmanuel Asante, Chairman of the National Peace Council, stated the need to honour heroes who made things work in their own way.

He praised the National Chief Imam for fostering peace and unity in the country and commended the event organizers for selecting him to celebrate and let people know his contribution to the country.

Top Ghanaian personalities which include Dr. Sharabutu, Most Rev Charles Gabriel Palmer-Buckle, and Apostle Prof. Opoku Oniyinah are expected to feature in the stage play which would be very educative.

Budget approval: NDC and Adwoa Safo’s PA engage in ‘It’s her...
16 minutes ago