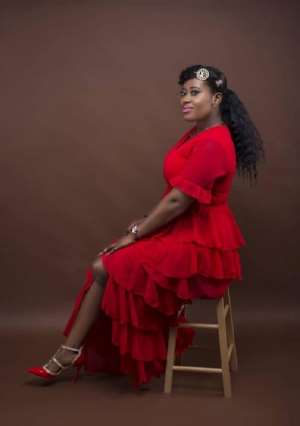 Sensational Ghanaian Gospel Musician based in the United Kingdom Alice McKenzie is set to launch her first album titled "In Your Presence" on 14th September 2019 at the Calvary Charismatic Baptist Church in London.

The Album launch is expected to attract thousands of Gospel fans and top Gospel musicians based in the United Kingdom and Gospel Musicians from Ghana including Nobel Nketsiah, Dayo Bello, Pastor Richie and many more.

Alice released two tracks from the yet to be launched album months ago and have since enjoyed massive airplay.

To her, though many people enjoyed the two tracks she released and classified them as the best, she believes there are more powerful and inspirational songs on the album.

She urged the public to attend her launch in numbers and support her to make her first official launch a memorable one.