‘I Have Forgiven Frank Rajah For Sabotaging Me’ 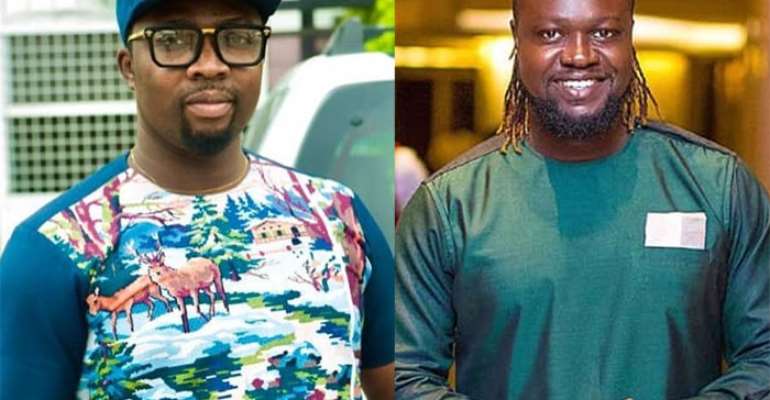 Actor Eddie Nartey has broken his silence over claims by movie director Frank Rajah that he (Frank) used to sabotage his movie career, hinting that he has already forgiven him.

Frank, who has nurtured a number of Ghana’s great actors and given them platforms to excel in their careers, confessed earlier this week how he used to sabotage two talented actors‒ Ekow Smith Asante and Eddie Nartey.

According to him, he refused to give them roles despite being aware of how talented they are.

Explaining why he did that, he said he was told by someone that Eddie Nartey had said something nasty thing about him. He, however, didn’t bother to confront him; rather, he decided not to give him opportunity in his productions.

“I was still very young, youthful and I got upset and decided to push them aside and desist from working with them,” Mr. Rajah told Joy News' MzGee.

But in a response, Eddie Narty disclosed that he has no reason to be angry with the 'Princess Tyra' director. He mentioned that he has forgiven him for whatever wrong he did to his career because he loves and respects him.

“For those of you who keep bombarding me with a lot of questions about what I did to Frank Rajah following his confession at the past Golden Movie Awards, I'm as clueless as you but perhaps this video will give you answers.

I admire his guts to have made those confessions on that platform. For me, he mentioned it sometime ago when I invited him over to Zylofon Arts Club to speak with my students. That day, I cried, I was devastated, I couldn't sleep. I asked a thousand questions what I had done to him but got no answer. But I thank God that like a tuff seed, I grew,” he wrote on Instagram.

“I will forever love and respect Frank. I have learnt a lot from him as an actor and a director.  I've forgiven him already that is if there is any. I know there are a lot of people who still despise me in this game just because of the falsehood, untrue, cooked stories others have told about me. But hey, man proposes, God opposes,” he added.