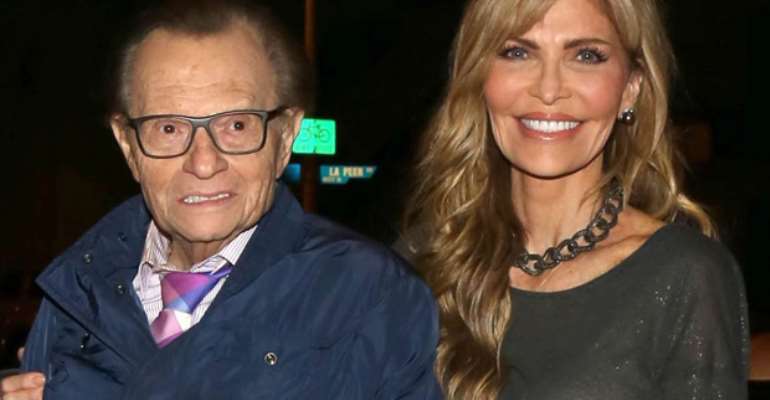 Larry King and his wife

Larry King is seeking a divorce from his seventh wife, Shawn King, after 22 years in marriage.

Larry King and Shawn King, then a singer and TV host, married in 1997 and have two adult sons‒ Chance and Cannon.

They both filed for divorce in 2010 but later reconciled.

Larry King has been married eight times to seven different women and has five children. He married and divorced Alene Akins twice.

He has overcome several serious health issues in recent years, including a bout with lung cancer two years ago, according to APnews.

TMZ sources alleged that they have been having marital trouble for several years now. Larry has accused Shawn of infidelity. This has created tension for a while now, but the breaking point was when Larry was in the hospital a couple months ago.

Sources revealed that Shawn presented him with legal documents that would have given her certain rights to their property that would adversely affect the couple’s two sons who felt she was trying to screw them out of their inheritance.

According to TMZ, the boys went to Larry and told him they were outraged by their mother’s conduct‒ presenting the documents‒ and pled with him to get out of the marriage and he followed their advice.