Movie Director Marry's Actress By Force After Getting Her Pregnant 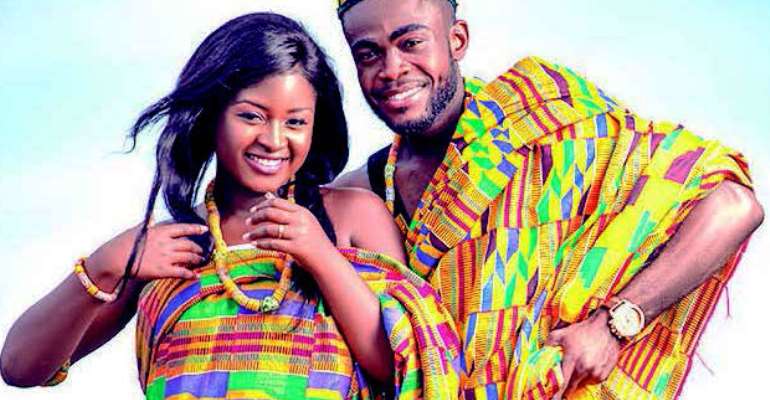 Samuel Degraft Yeboah and his wife

Evelyn, who is an actress and also a producer, took to her Instagram on Monday to announce their union.

“In His own time He makes all things beautiful, I still can't believe I just got married to @samueldegraftyeboah. I love you honey,” she said when she shared their traditional marriage photo.

Degraft Yeboah left a comment on his post, saying, “My love God bless you for accommodating me in your life.”

According to sources, Degraft Yeboah was forced to marry the actress after he got her pregnant.

They alleged he didn’t want to marry her, but family pressure got them to tie the knot on Saturday at Yeji in the Bono Region.

Degraft Yeboah is the producer of 'Kakalika Love' and 'Devil Under My Pillow TV' series on UTV.

He refused to speak to NEWS-ONE when he was contacted about his marriage.