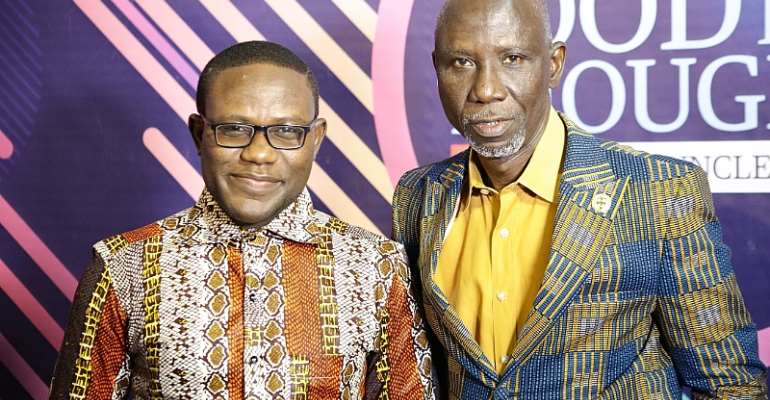 The Ghanaian theatre industry has been bursting at its seams with great plays over the last few years.

Almost every weekend at the National Theatre, there is a play showing.

One name that can never be overlooked when modern Ghanaian theatre is made mention of is Uncle Ebo Whyte.

The Chief Executive Officer (CEO) of Roverman Productions has over the last decade written, produced and directed countless stage plays.

His recent masterpiece, I Want Your Wife, saw National Theatre overflowing with patrons on the two weekends it was shown.

On Monday on his live flagship program, FOOD FOR THOUGHT, on Facebook, Uncle Ebo Whyte finally confirmed who was to take his place when he was no more.

He said, “For those of you who have been asking me about what was next when I am gone, I have him here [pointing to Kobina Ansah]. He is crazy!”

Kobina Ansah is a young playwright who has six plays to his credit.

His latest piece, The Boy Called A Girl, has been the talk of town.

The ‘The Mirror’ columnist is known for his queer style of telling stories and his endorsement from the king of modern Ghanaian theatre comes as no surprise.

In a Facebook post of a picture with his mentor, he wrote, “Tapping into the grace of consistency”.

It is great to see the older generation lend a hand to the young ones as the two creative brains are wished all the best.