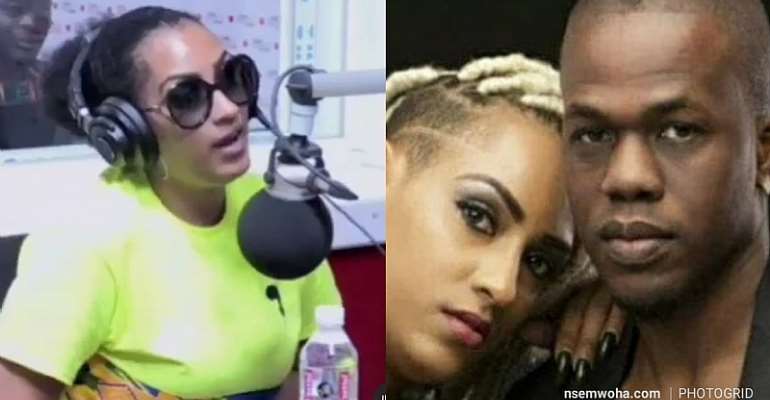 Actress Juliet Ibrahim has responded to the public apology made by her ex-boyfriend Iceberg Slim, after he cheated on her.

In an interview with Accra FM, the Ghanaian actress, film producer, singer and humanitarian of Lebanese, Ghanaian and Liberian descent intimated that, although she appreciated the apology, unfortunately, it came too late.

"I feel like it is coming too late, but I appreciate the fact that he is apologizing and he is clearing the air because(sic) I remember when it started everybody was claiming and attacking me" she said.

Asked whether she would get back together with him, the actress replied in the negative.

The duo broke up in 2018 under a cloud of mystery which led to many rumours as to why the two love birds broke up.

"Dear @julietibrahim Thank you for everything. You loved me unconditionally, even at my lowest points, and only wanted honesty and love in return. Unfortunately, I've failed you along with everyone that has seen our relationship and wished us well.

Despite the pain and heartache l've caused you, somehow you still found a way to rise and smile again.

I lied, I cheated, I took your love for granted...and in turn, I brought ridicule and shame to you. From the bottom of my heart, I apologize. "Why now?" you may ask. In life, sometimes you have to reveal, in order to heal. And as I've revealed the true reasons for our breakup, healing comes next. As we continue on our separate paths, I pray for God's continued guidance."

The apology, some believe might be a sign the two are on the path to reunion since Juliet stated in a recent interview that she is still single and searching .

WATCH THE VIDEO BELOW