Fameye reveals the relationship between himself and Ogidi Brown 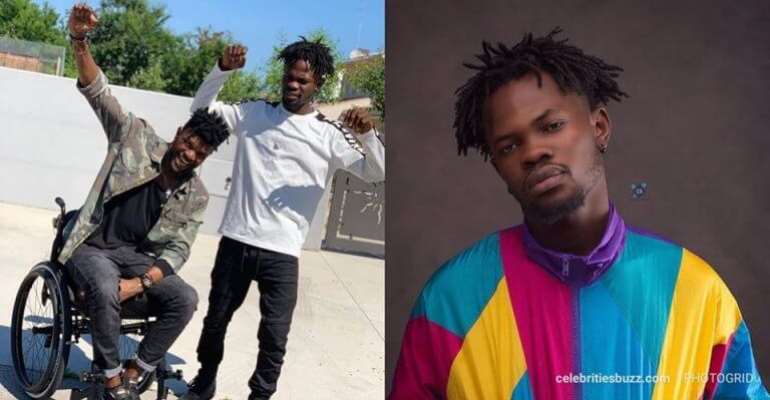 Some few days ago, management of highlife Artist Fameye came out to say that the artist is no longer under their label OGB Music.

According to Ogidi Brown, manager of the artist, Fameye became arrogant after ‘Nothing I Get’ went viral and as a matter of fact the artist has even blocked him and taken the managements booking contact off his Instagram handle.

Fameye in an interview on Hitz FM Daybreak Hitz with Jay Foley, denied ever having problems with his management.

He stated that he’s cool with Ogidi Brown and he doesn’t have any problem with him.

However entertainment pundit Mr Logic called in during the program, saying Fameye has problems with his management but is simply trying to cover up.

When asked again, Fameye admitted and said his manager is sabotaging him.

He revealed that he even had a nomination in the ongoing Ghana UK Awards but his manager rejected the offer that came through.

He added that a lot of shows have also come in but due to warnings that came from his manager, he has not been able to play any of those shows.

According to Fameye, his management doesn’t respond to him and he is even the one funding his new single “Mati”.

To Fameye everything that is happening with his management seems to be spiritual because he sometimes doesn’t understand what is really going on.

“Sometimes I see some headlines and I doubt where they came from. I will speak to him today and tomorrow he will grant another interview and paint me black” – he lamented.

Listen to the interview below

To Extend Lockdown Or Not: Akufo-Addo To Update Ghanaians To...
9 seconds ago