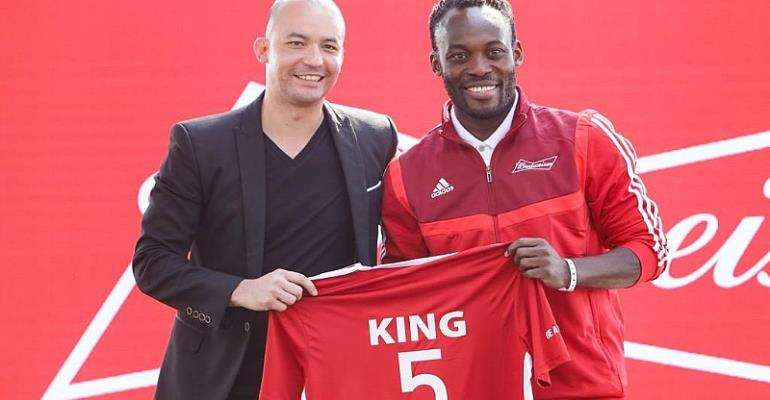 It was recently reported in the mainstream media that a foreign beer company, Budweiser showed interest in working with Shatta Wale as brand ambassador.

In a Twitter post, the self-acclaimed King of Dancehall Music in Ghana, Shatta Wale replied the company that he is ever ready to strike a deal with them but the beer company snubbed Shatta Wale for another Ghanaian, Michael Essien as their brand ambassador.

The former Chelsea and Real Madrid kingpin is among six ex-African players to help promote the brand on the continent with the “Be The King” campaign which is aimed at bringing football closer to fans.

Budweiser have already partnered with La Liga and the English Premier League to make fans of the game enjoy the season with various activities. The global beer brand, however, saw it necessary to work with the 39-year-old.

“Football fans celebrate like kings and it is wonderful that they are given this platform to reach their true potential as rulers of the game,” the former Black Stars midfielder said.

The 36-year-old who is nearing retirement from active football has been involved in various ambassadorial roles.

He recently revealed in an interview that he doesn't plan to retire from football anytime soon and that whenever a club is ready for him, he will answer the call and hit the training ground.