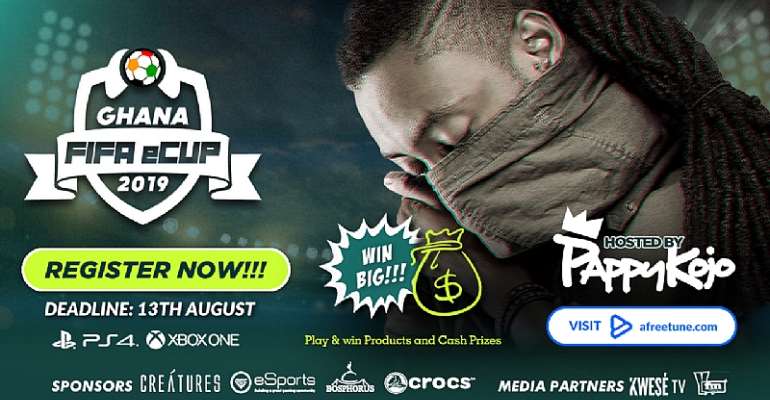 This novelle online tournament brings serious Gamers from all regions of Ghana into one electrifying space to battle for cash prizes and the ultimate bragging rights as Ghana’s FIFA eCup Champion!

To win this coveted championship, Gamers will have to survive qualifying tournament matches to make it to the semi-finals and finals. It is no walk in the park with Pappy doubling down on the excitement as he plays against other celebrities like Jayso, JoeyB, Kofi Kinaata amongst many others.

He released ‘Balance’, ‘Blessing’ and ‘Green Means Go’ off his Logo II Album which have so far, been well received.

Pappykojo is widely followed for his musical dexterity and his unique flow which mixes Fante and English. Over the years he has been nominated for several awards following his 2015

Brother Africa finale. His most recent award is for best African collaboration for ‘Akwaaba’ at the AFRIMA awards last year.