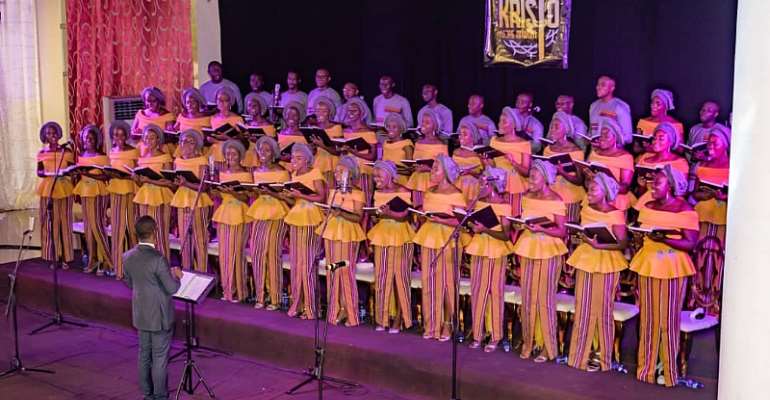 The conference hall of Knutsford University College, East Legon teemed with patrons who struggled to catch a glimpse of an exhilarating performance from His Praise Chorale at the Kristo Asore Nnwom (KAN 2019).

No space in the 800-seater auditorium and its lobby was spared by the patrons who yearned to be treated to a blend of classical and contemporary chorale music from the Kristo Asore Nnwom of the Churches of Christ.

The event organisers had to marshall their wits to stream the event at the adjoining auditorium for the overflowing patrons. 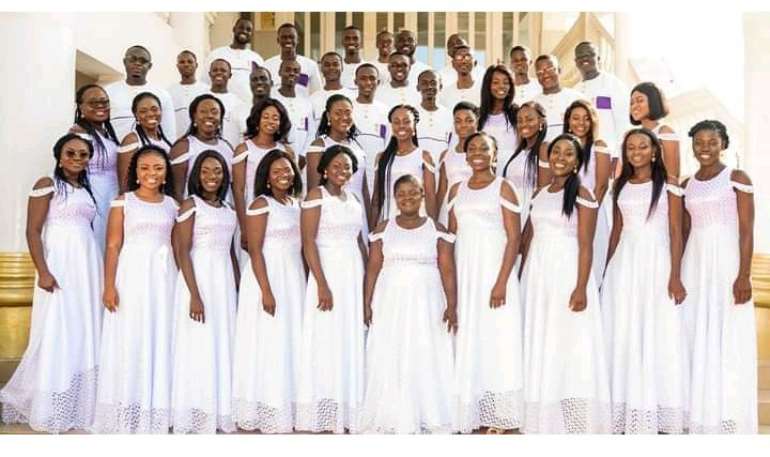 His Praise Chorale is an a capella chorale music group made up of members of the Churches of Christ in Ghana with the aim of projecting the beauty of the human voice in the praise of the Almighty.

The group, led by its Music Director Joel Boakye-Mensah, has for the past 4 years of its existence, held chorale music events such as 'This is my Story, This is my Song', 'The Lord's Supper,' 'Gracias a Dios'(Thank you Lord), 'Time with the Senior Citizens' among others. This latest performance-Kristo Asore Nnwom-adds to the repertoire of recordings of the group that seeks to inspire lovers of music with some of the best classical and contemporary chorale songs translated from the great hymnology of Christian music into Ghanaian language.

Patrons were held spellbound with elixir performances that featured the National Airtel Trace Star 2015, Linda Goraseh who is a lead treble singer in the group. The event was also interspersed with dramatic sketches by drama group Art Nobles on mankind's need for God's saving grace.

Some personalities who had played key roles in the music tradition of the Churches of Christ in Ghana and the evolution of His Praise Chorale were honoured.

They include the translator of the Kristo Asore Nnwom, Mr. Kinsley Adu, Music Connoisseur, Dr. George Amuasi; a key patron of His Praise Chorale, Dr. Samuel Twumasi-Ankrah and His Praise Chorale Personality of the Year, Mr. Emmanuel Adofo.

The translated songs are sung in the worship services of the over 2000 congregations of the Churches of Christ in Ghana and several thousands in many countries across the globe. 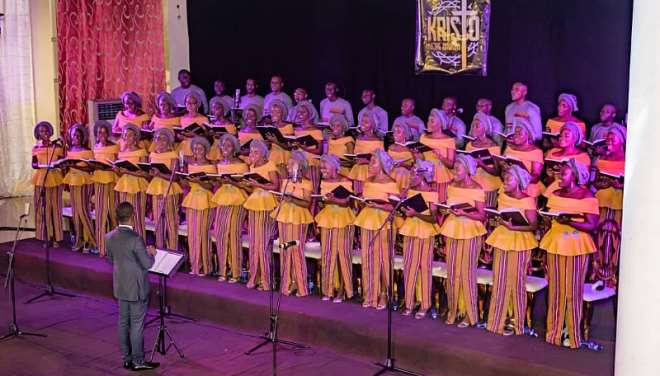 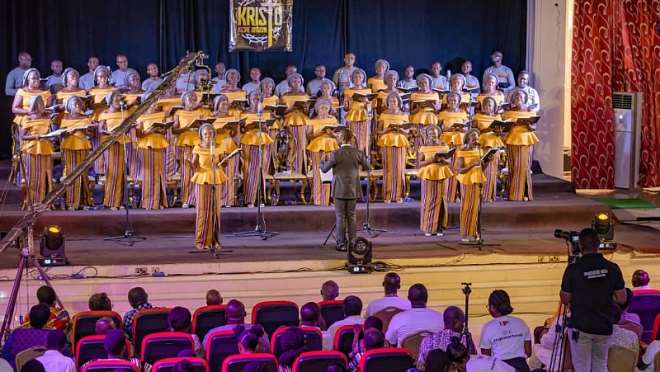 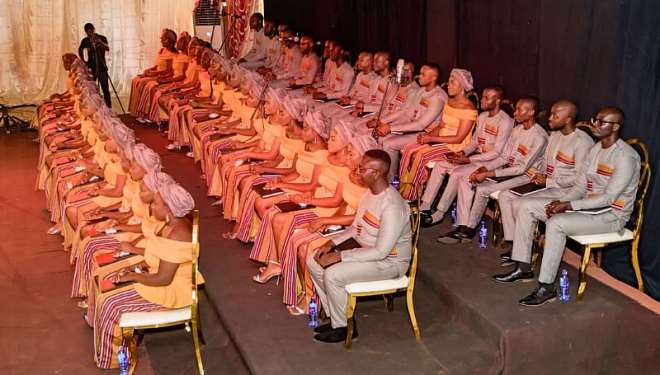 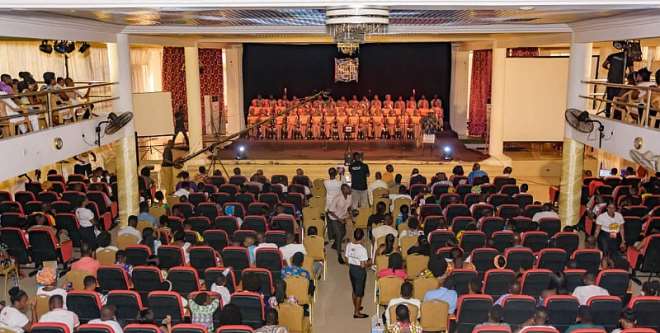 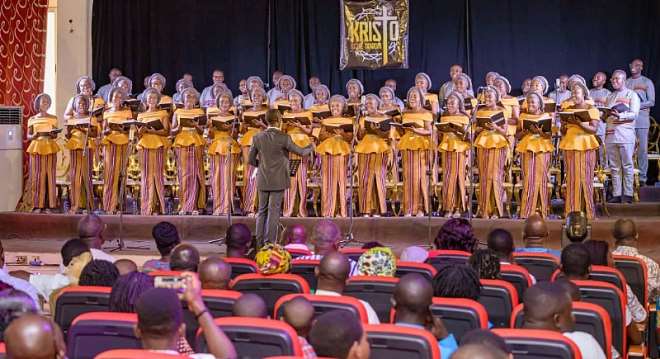