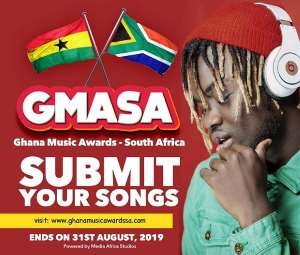 Organizers of Ghana Music Awards South Africa say they have received hundreds of works from Ghanaian Musicians across the world in one week after they opened submissions.

According to them, though it is exactly seven days since submissions were opened, the number of songs they have received at the moment tells that this year's edition promises to be impressive.

They added in an interview with Attractivemustapha.com that submissions will officially end on 31st August whiles the date for official nominees announcement and other updates will be published at a latter date.

As to when this year's edition will be held, the organizers emphasized, the event will be held in 2nd November.

They used the opportunity to urge musicians who have not submitted their works yet to do so in order to avoid missing the deadline.