I Hid My Pregnancy For Six Months – Deborah Cox 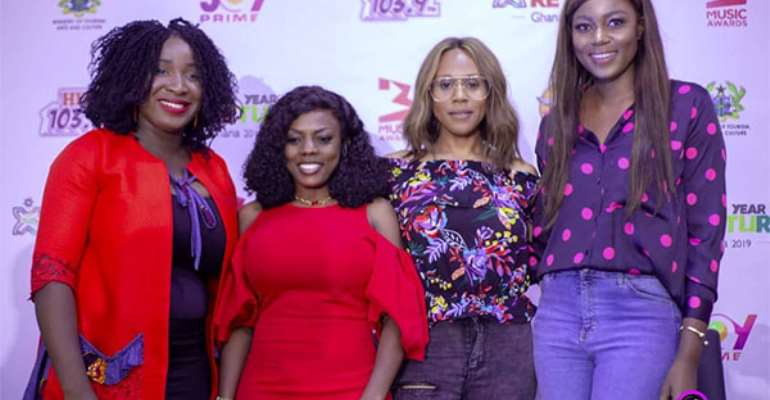 Deborah Cox, a Canadian Grammy award-winning R&B songstress, performed in Accra over the weekend at the Ghana World Music Festival, which was held at the Fantasy Dome, Trade Fair, where she thrilled a number of music fans who witnessed the festival.

She told the Ghanaian media and some female artistes ahead of her performance in Accra on Saturday that during her early days in her career, she had to hide her pregnancy from her record label for fear of losing her contract.

According to Cox, her career shifted when became pregnant and had to make the difficult decision to leave her label as a result.

She made the revelation when she spoke during a panel discussion on Thursday night on women in the arts and the challenges they put up with.

She was contributing to an earlier statement made by actress Yvonne Nelson, who was also on the panel that a telecommunication giant terminated her contract because she got pregnant.

“Interestingly, I can relate completely. I hid my pregnancy when I was pregnant with my son. I hid it for the first six months, I didn’t tell the label …I knew there was gonna be backlash,” she disclosed.

“I just kept moving till I couldn't go anymore and I talked to Clive Davis of the label that I really want to have a child and thank God, he granted me …I was able to leave the label,” she added.

However, she was quick to add that the dynamics for women are not the same now in her industry as compared to when she started career.

Deborah Cox arrived in Ghana on Thursday afternoon. Her performance at the festival was part of the 'Year of Return' activities.

The Canadian-born singer, songwriter, actress and record producer is known in Ghana for her songs such as 'Who Do U Love' and 'Sentimental'.

She has other hit songs such 'Absolutely Not', 'Nobody's Supposed To Be Here', 'It's Over Now' and 'Where Do We Go From Here'.