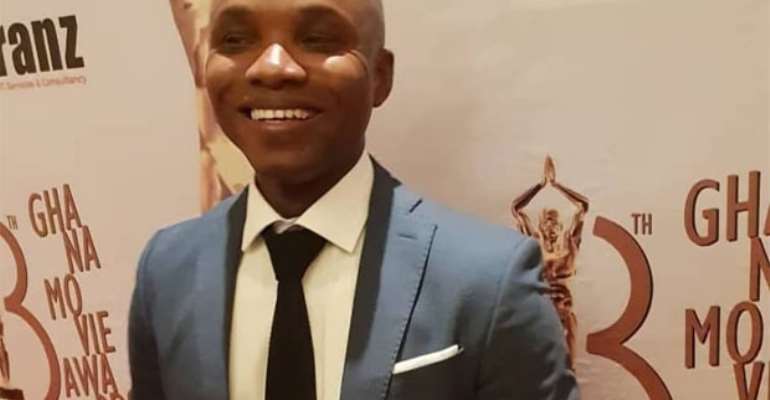 Kwabena Gyansah, an award-winning Ghanaian film director, has credited the success of his debut film, 'Azali', to hard work.

He said his team worked diligently on the production, therefore, he is not too surprised the film has been doing very well at award ceremonies.

'Azali' is a film about child marriage. It tells the story of 14-year-old Amina (Asana Alhassan) from northern Ghana, who is thrust into the slums of Accra by circumstances and must find a way to get back home.

The film has picked 18 nominations for the upcoming 2019 Golden Movie Awards Africa (GMAA) to become one of the two leading movies for the award ceremony. Prior to that, it also won major awards at the 2018 Ghana Movie Award after 15 nominations.

It also made Ghana proud at the 2018 edition of African International Film Festival (AFRIFF) in Lagos Nigeria by emerging the best feature film at the festival.

In addition to that, it also won best screenplay and best actress award; won by lead actress Asana Alhassan at AFRIFF.

“I feel fantastic. For a first film to achieve so much, I feel wonderful. I am grateful to God, the team and everybody who has contributed to the success of the film,” he told NEWS-ONE on Friday.

“GMAA nominations mean a lot to us because I mean we work so hard to achieve the quality that we have in the film. I mean it didn’t come on a silver platter. So for it's been recognised, it means a lot to us and the whole team is encouraged by it. It's been a blessing,” Mr. Gyansah added.

He also disclosed that he is working on another film project, which he mentioned will be bigger than 'Azali'.

“'Azali' is just our first film, the bigger ones are yet to come,” he revealed.