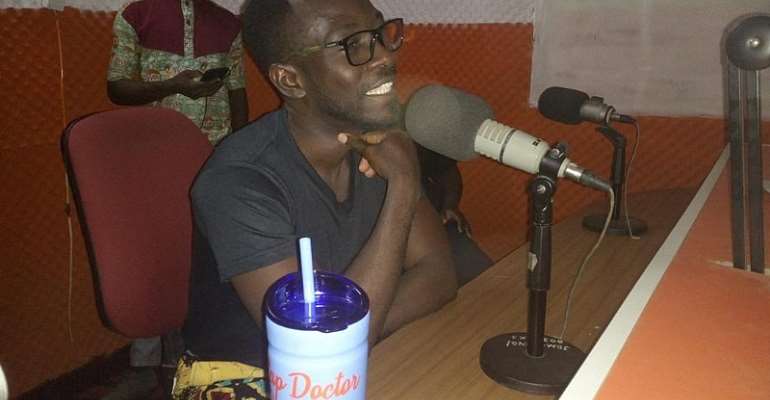 Artistes on that category were Samini, Stonebwoy, Shatta Wale, Sarkodie, Nacee, Efya, Becca, and Okyeame Kwame with Sarkodie grabbing the award although many tipped Samini to walk home with the accolade.

In an interview with RoyalMama Cita on Bryt FM's midmorning show, Okyeame Kwame disclosed that he was not surprised to see Sarkodie taking home the award.

According to the self - acclaimed "Rap Doctor", he was happy to even get nomination on the artists of the decade category.

"I was not disappointed because to even get nomination is a plus for me. Anyone who was nominated in that category had the capability to win and that, I was not surprised when Sarkodie won it," he said.

He continued, "Those of us who were nominated in that category have achieved a lot in Ghanaian music. Sarkodie, Samini and others have been consistent in the industry. Stonebwoy has done international collaborations whereas Shatta Wale has the crowd. I have also achieved a lot when it comes to music."