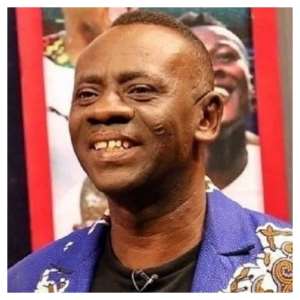 Although veteran Kumawood actor, Akwasi Boadi aka Akrobeto barely expresses himself fluently in English, that does not deter him from speaking the Queen’s language in public.

In this vein,RazzNews.com, has sighted a viral video in which the celebrated Kumawood actor is seen in his usual element of bombarding fans with funny grammar, this time at an award ceremony at the Accra International Conference Centre.

In the video, Akrobeto, after presenting an award, was asked by the mediator of the event, Adwoa Safowa whether he believes the awardee deserved her award.

Though this time Akrobeto spoke correct grammar, his demeanor in answering the question excited the patrons.

Kindly watch the video below.