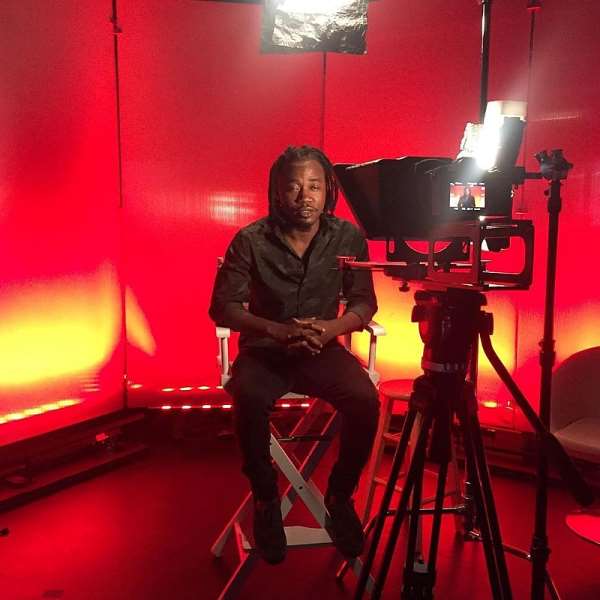 The news which was released on July, 4, 2019 covers American rapper, Blueface releasing a footage of the dispute and calls out fans, as well as Pharrell, for doing a great deed, plus our very own Joel naming his top three Afrobeat artists from Ghana. He named King Promise, Kwesi Arthur and Stonebwoy as his favorites.

Joel also listed Apolo Imon; a pioneer of the 'Tropical' wave, a genre that blends African, Caribbean and Western influences as one to be on the lookout for. This is the second time Joel has featured in HOT 97's news - in 2017 he made his way into their Snapchat news.

The ''Radio Man'' as he's affectionately called is the host of ''Dryve of ur Lyfe'' show which airs on Accra based radio station - Y107.9FM, from Monday to Thursday; 3PM to 7PM and Friday at 3PM to 6PM. Joel Orleans is also signed to The Black Star Line, run by multi-platinum and #1 billboard producer, Coptic. His multi-talented self has also gained him more recognition in the Hip-Hop realm in the country.

HOT 97 was born in 1992 and has been the premiere outlet for the hottest music and news in the Hip-Hop and R&B community for 17 years. HOT 97 has become a nationally recognized brand spawning a number of sister stations across the country. Their content offering includes ''hear it here first'' music, exclusive interviews and industry leading live events that are hosted by their celebrity personalities.