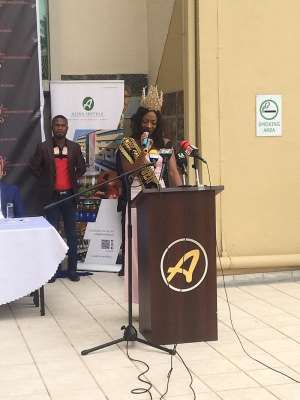 Organizers of Miss Commonwealth Ghana limited has launched the second edition of the pageant at Alisa Hotel in Accra today.

Addressing the Media during the Launch, the Chief Executive Officer of the event, Princess Duncan said Last year was mega and this year is expected to be fantastic because the prize packages have been enhanced to create more opportunities for the winners.

According to her, “Miss Commonwealth Ghana aims at showcasing the rich African culture to promote peace among African nations and the entire world which she revealed was achieved in the last edition.

She then announced that audition for the 2019 edition is scheduled for 3rd August to 7th September at Alisa Hotel whiles the forms go for Ghc100.

Talking about what the winners of the pageant stand to get, with Attractivemustapha.com she said apart from the numerous benefits that are attached to the award, the winner will take home Ghc5000.00, a saloon car and a trip to the United Kingdom.

She concluded by saying the prizes are real and the past winners can attest to it.