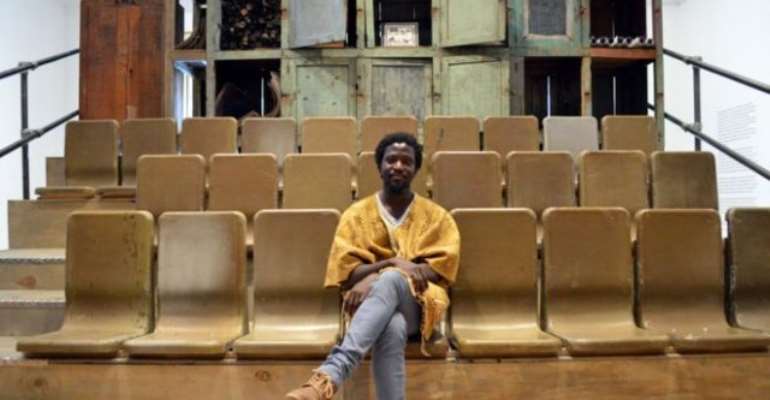 The ghosts, he says, are the opportunities his home country failed to grasp over the years, and the train seats and railway workers' lockers symbolise that story. 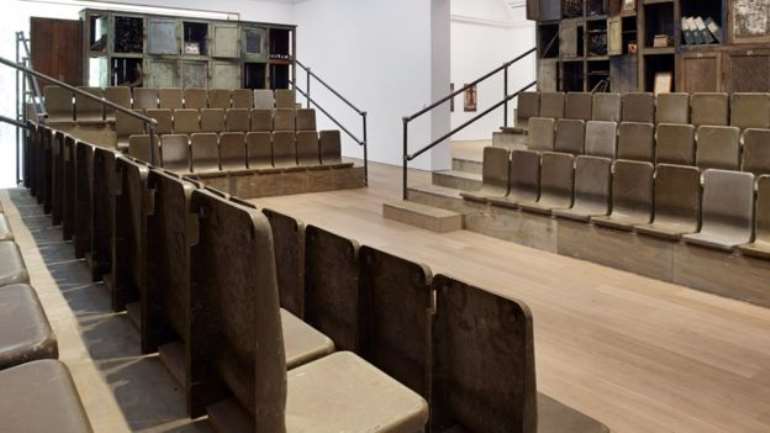 Ghana's train system was built under British colonial rule and was due to be expanded after the optimism of independence in 1957, with the railway workers instrumental in the independence movement. But the optimism faded, economic growth struggled to take off and a series of military coups hampered progress. The railways were neglected for decades.

Parliament of Ghosts represents the "potential of a country that was yet to manifest itself, but never came to be, in a way", Mahama says. The seats and other objects carry the memories of everything they have witnessed and been through, he believes. "They embody all of it."

The same goes for the lockers. "A lot of these cabinets were used to store workers' clothes and tools and things. So there's a lot of grease from the restoration of trains and the dismantling. 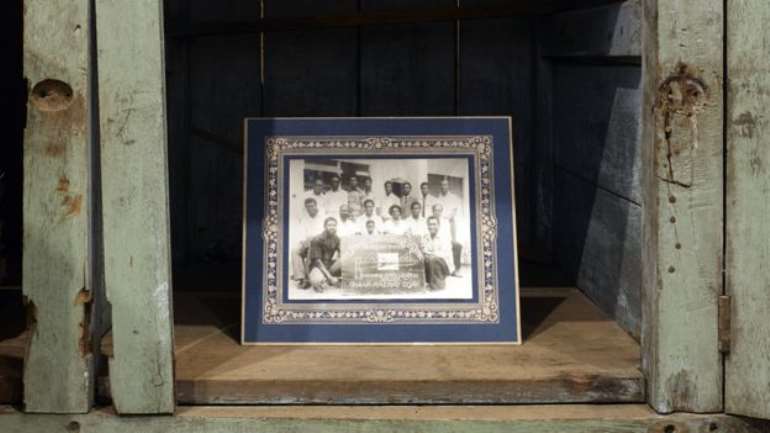 "The cabinets almost become these living organisms that witness the entire life cycles of generations upon generations of how a certain system has somehow been maintained - but at the same time the flaws of it. I like to think they are living things that somehow can speak in a language that the workers themselves cannot."

The train seats are actually thought to have been manufactured in Manchester or Leeds, adding to the story of their return. This is the Ghanaian artist's first major UK exhibition - commissioned by the Manchester International Festival - and people are invited to go and use his parliament chamber to host their own debates, performances and screenings. 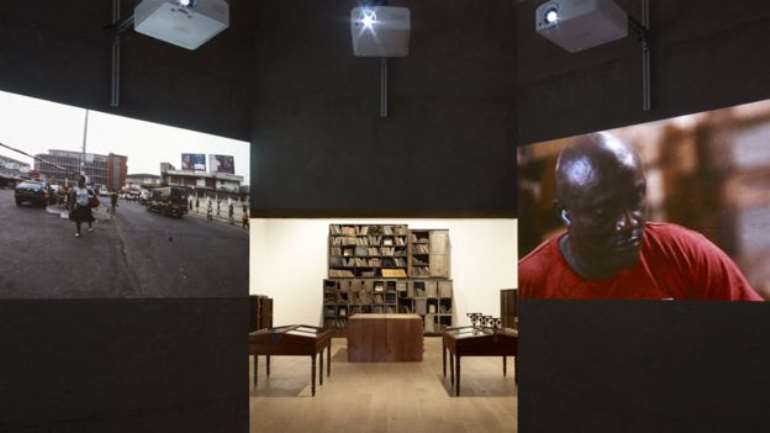 He has many more train seats back home, and is planning to create a much larger version of the parliament at the arts centre he opened in his home town of Tamale in March.

"When I propose a work, I always make sure I have one maybe three or four times larger in Ghana which we can somehow use to create permanent spaces for the local community to experience," he says. "Because that's the point. I guess I'm quite tired of seeing how we as artists produce works which end up going to Europe and other places, whereas locally our own people don't get to experience these ideas that we're working with."

Mahama also talks about how his institute - the Savannah Centre for Contemporary Art - is working on initiatives to help with agriculture, housing and education. But he is also in demand in Europe and beyond. At the age of 32, he is represented by the prestigious White Cube gallery in London and earlier this year was the youngest of six artists to exhibit in the first Ghanaian pavilion at the Venice Biennale. 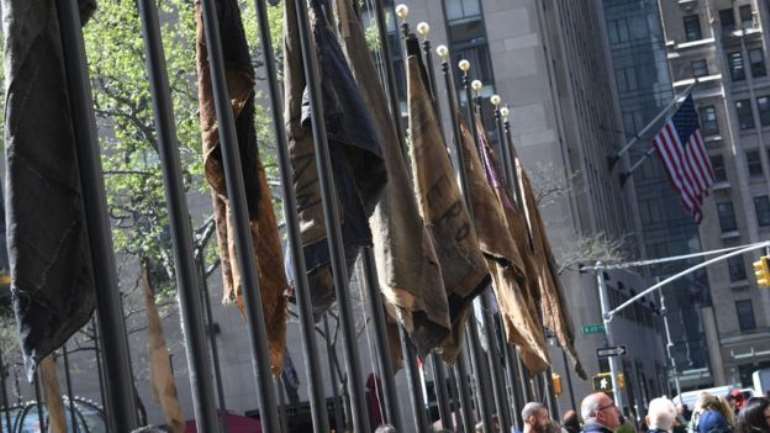 He has previously made artworks out of hundreds of wooden tool boxes used by shoe shiners, and by covering buildings in jute sacks that had been used to carry cocoa, maize and charcoal. He recently also used the sacks to replace the flags outside the United Nations' headquarters at the Rockerfeller Center in New York. Replacing national flags with decaying food sacks "reminded us of the global condition in a way", he says.

The Manchester exhibition also includes a replica of the concrete silos that were built in Ghana in the late 1950s to store cocoa beans before they were processed, but which remained empty. There are also battered Ghanaian wooden school bookcases that Mahama obtained after offering to make new furniture for the schools to replace them.

"The older the objects, with the decay and the stains, that's what I find a value in," the artist says. "The memory and the pattern is something that speaks to us - rather than when a thing is very new, and it almost has no soul to it."

Parliament of Ghosts is at the Whitworth gallery until 29 September.