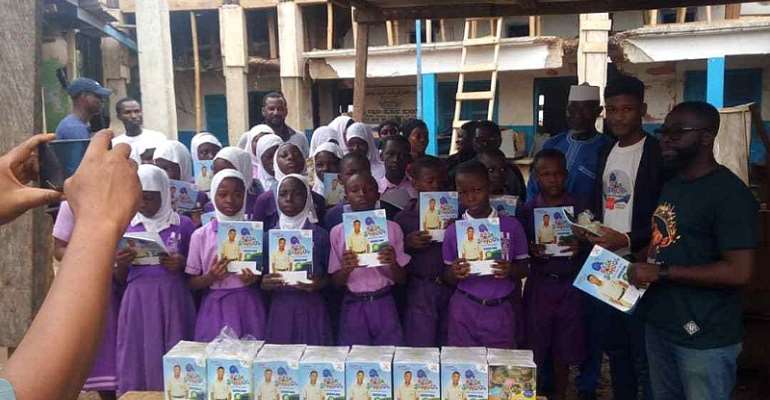 The young Movie star donated exercise books as part of his "Back To School Project" which intends to eradicate streetism and put street children in school.

According to Rahim Banda, he uses the opportunity to encourage students within the Zongo to take formal education seriously.

Attractivemustapha.com sources revealed that the young actor will be touring and donating to a school in Ashaiman in few days with expectations of being accompanied and supported by a Ghanaian popular personality.

Rahim Banda started his acting career at a very young age during his childhood days and has become a role model for most Ghanaian teenagers. He was also named as an Ambassador for Government's flagship Free Senior High School programme.