Celebrating 5 years as a comedian in Ghana; The story of Shegelabobor 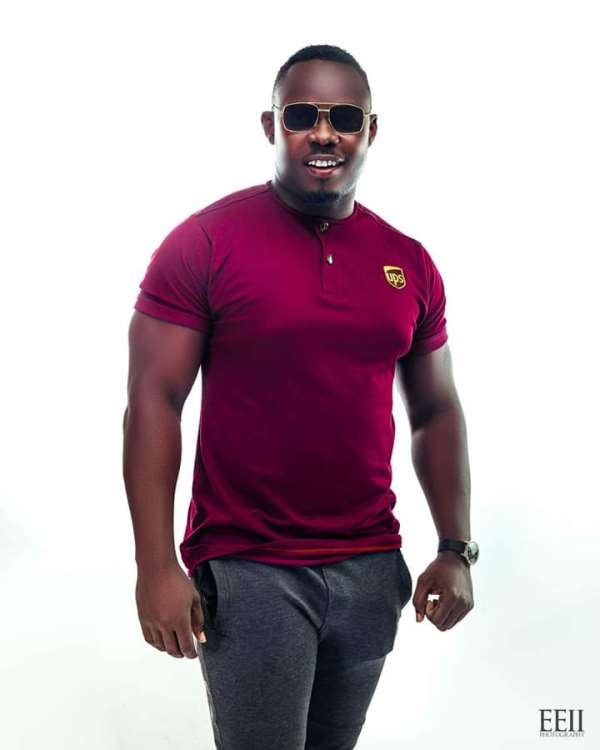 Shegelabobor a.k.a ForWat is a Corporate Stand Up Comedian, Comic Actor & an Event MC, popularly referred as the Luxurious comedian or The Macho Comedian legitimately known as Wisdom Sosu.

Talented Shegelabobor has been funny from birth but was a tough decision for him to accept the challenge of been labelled a comedian in Ghana.

In 2014 Shegelabobor gathered the momentum, Extra confidence to be what he was destined to be, a HUMOUR THERAPIST or COMEDIAN.

In that same year of his career he was among 1000 talents who auditioned in Accra for The Next Movie Star Reality Tv show In Lagos, Nigeria. He was selected with 2 other contestants to represent Ghana among 18 other housemates from 10 African Countries who Converged in Nigeria. The show was Aired on DSTV, GHONE TV & ETV GHANA. Shege didn't win the competition but the Huge Exposure Made him an instant hit when within the corporate world, that's how made a good name for himself.

The Macho Comedian holds a degree in Fashion Design from Accra technical university in 2016.

Currently The Luxurious Comedian is the Best Top notch Corporate and wedding MC in Ghana. Who's several videos has gone viral on Social media.

He has hosted 4 consecutive successful comedy shows to his brand & company name ForWat International. Last year, he flew to Ghana one of the Africa's biggest comedian Acapella from Nigeria to Ghana for his 2018 September show at the National theatre of Accra, has also flown to Ghana a Total of 5 comedians within the period of 4years and has perfumed on several platforms at the International Conference center, national theatre, last week he gave a breathe taking performance on stage at Adam In Court stage show at the National theatre.

This year is a 5th Anniversary Celebration for the establishment of a Solid Brand Name Shegelabobor, that's half a decade. It hasn't been a easy journey, the challenges are Enormous and Tiring but it has been fulfilling and a sweet experience to be celebrated as one of Ghana finest comedians withing the shortest possible time.

LUXURIOUS COMEDY IS THE MOST BRANDED AND HEAVILY SPONSORED COMEDY SHOW BY TOP BRANDS IN THE LAST 3 YEARS IN GHANA.