Attention seeking Keche has been texting me since 2015 - Pappy Kojo 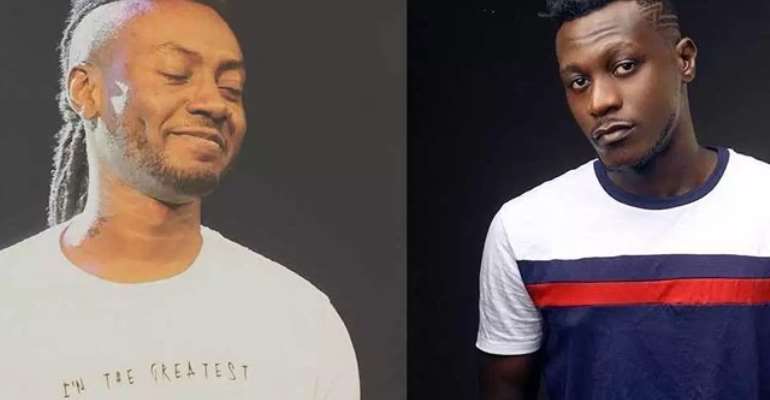 Rapper Jason Gaisie popularly known as Pappy Kojo claims a member of Keche has been seeking his attention since 2015 via text messages.

Pappy Kojo says his neglect of the unwanted advances of Joshua may have generated some disaffection between them.

In June, when Strongman-Medikal’s beef was still trending, Joshua waded into the fray with a diss song titled ‘Face 2 Face’ for Pappy Kojo after a conversation on Twitter.

After ‘Face 2 Face’ went viral, many questioned why Pappy Kojo did not retaliate in the same measure.

But speaking on ‘The Gist with MzGee’ on JoyNews on MultiTV, Pappy disclosed Joshua of Keche fame could be upset because he denied him his attention since 2015.

“I am not even going to respond. I think I now understand why he is doing that because I just notice he has been texting me since 2015 and I have never responded, so I think he is upset,” he stated.

Pappy Kojo explained he got to see the message from Joshua after he tried to reach out to the rapper.

“I was going to text to find out what was going on and I found that he has been texting me and almost sent like 10 messages [without] out so maybe that is why he is upset,” he said.

Pappy Kojo added that he was unfazed by the foul lyrics Keche used in describing him in the song.

Pappy says he would have replied the diss if the song came from someone he held in high esteem.

“No, not all if he be someone else I go take am serious small.”