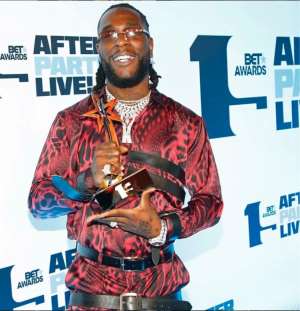 Nigerian Afro-fusion singer and songwriter, Damini Ogulu known in show business as Burna Boy has been awarded the Best International Act at #BETAwards2019 in America on Sunday.

Damini rose to prominence in 2012 after releasing the lead single "Like to Party" from his debut studio album, L.I.F.E (2013).

The Port Harcourt born is Afro-fusion Singer-songwriter. Vocalist and a CEO of his own record label called Spaceship Entertainment.