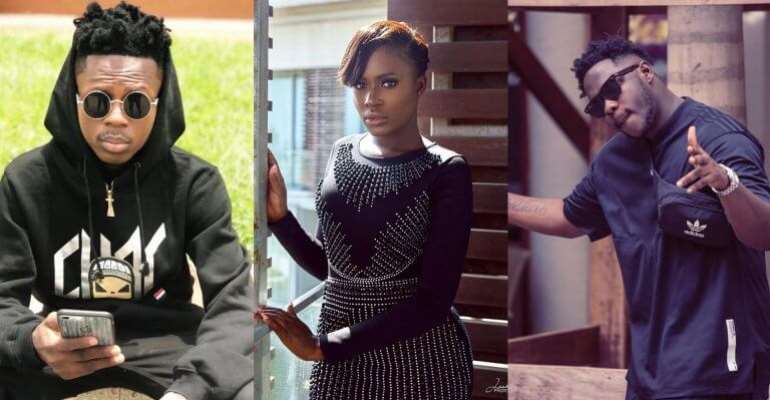 The Ghanaian rap industry is on fire as Strongman-Medikal lyrical feud is getting hotter and hotter.

To the newbies, Medikal released ‘To Whom It May Concern’ which was a diss song to Strongman, Kwesi Arthur and Pappy Kojo although he did not mention names except the latter.

The rap industry was somewhat dead until Medikal tweeted that he was the one who saved the rap genre from dying four years ago.

This didn’t go down well with most rappers including some pundits and artists who claimed Medikal’s assertion has no bases. Strongman talked the loudest as he believed Medikal erred with his comment.

Strongman released “DONT TRY” to teach Medikal a lesson. Well, Both diss songs are still trending and fans are discussing who delivered the ‘dopest’ punchlines.

Fella Makafui, the girlfriend of Medikal has shared her opinion on the issue but not in a way we expected it. She simply tweeted, ‘Smh’ when some twitter users trolled her that her husband has been murdered by Strongman.