US Rapper Cardi B Charged For Strip Club Assault 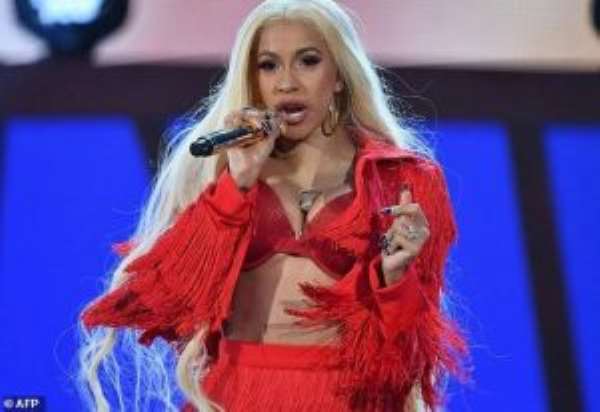 US rapper Cardi B has been formally charged with assault over a fight at a New York City strip club.

The former stripper, whose real name is Belcalis Almanzar, had previously faced misdemeanour charges over the incident at Angels NYC in Queens in August.

She was arrested in October for allegedly ordering an attack on two bartenders named as Jade and Baddie G.

TMZ reports the incident was allegedly triggered after she accused Jade of sleeping with her husband Offset.

The women claim they were injured during the brawl when Cardi’s people began throwing bottles and chairs.

On Friday, a jury indicted the 26-year-old star on 14 charges, including two counts of assault with intent to cause serious physical injury.

In April, Cardi B rejected a plea deal from the Queens district attorney’s office which would have seen her given a conditional discharge, escaping a prison sentence unless she committed a further offense.

The controversial musician burst on to the scene in 2017 with breakout single Bodak Yellow, which saw her become the first solo female rapper in nearly 20 years – since Lauryn Hill – to top the US single charts.

Her subsequent debut LP, Invasion Of Privacy, then made her the first solo female artist to win best rap album at this year’s Grammys.

The next hearing in the case is scheduled for 25 June in Queens Criminal Court, New York.