Actress Vicky Zugah Lambast Critics Over Her Love For 'Loom' 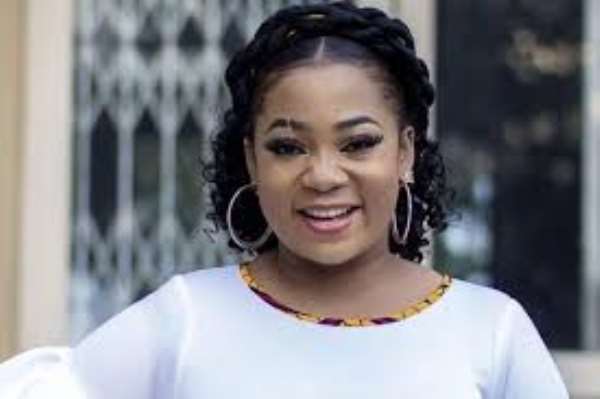 Ghanaian Actress Vicky Zugah has hit back at her critics over her Facebook post on the new online 'susu' called ‘Loom.’

According to her, the loom business which has gained grounds among the youth in the country is a genuine business.

Meanwhile, the Economic And Organised Crime Office (EOCO) has issued a statement warning the public that the latest online money venture is a scam.

“If you don’t like my posts kindly and respectfully delete yourself from my friends list. I beg you paaa cos the next time you sit on radio to talk rubbish about my Loom post I will reply. I respect you doesn’t mean I’m afraid of you ooo me I don’t fear any human being but God Almighty so please let’s respect ourselves here. Delete your idle self sharp sharp from my list.”

Being a celebrated actress, many were not expecting Vicky to be involved in the trending money making system since she was known to be one of the richest young women in Ghana.

Noted for her roles in movies such as; The Bible, The Return of Beyonce, Tears of Womanhood, Pretty Queen, True Colours, Girls Connection, Big Girls Club, Araba Lawson, June 4th, My Dearest Princess, Cross my Heart, Total Exchange among others, Vicky Zugah believes choosing to participate in the loom business was not a bad idea.