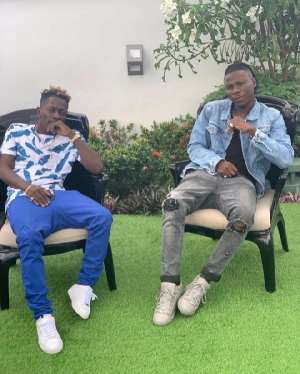 The prosecutor, Superintendent Emelia Asante, made this known at Thursday’s hearing at the Adjaben District Court.

She further disclosed to the court that the prosecution had filed and served the accused with majority of the evidence it intended to rely on as required by law.

Hearing continues on July 16,2019 t the court, presided over by Mr Isaac Addo.

Shatta Wale and Stonebwoy were in the courtroom with their entourage.

The two artistes were dragged to court over the disturbances that occurred at the 2019 Vodafone Ghana Music Awards (VGMA) held at the Accra International Conference Centre on Saturday, May 18, 2019.

They have been charged with offensive conduct conducive to the breaches of peace, while Stonebwoy faces an additional charge of display of weapon in a public place without permission, contrary to sections 7 (1) and 26 (1) (a) l of the Arms and Ammunition Act, 1972 (NRCD 9).

They have pleaded not guilty to the charges and are each on bail in the sum of GH¢50,000, with a surety each, and also bonded to be of good behaviour.

The Accra Regional Police Command, on Sunday, May 19, 2019, arrested Shatta Wale and Stonebwoy in connection with the disturbances that rocked the 2019 VGMA in the early hours of that day.

They were detained after statements were taken from them.

The following day, they were granted bail by the police.

There was an altercation between some members of the Shatta Movement (SM), the fan group aligned to Shatta Wale, and Stonebwoy’s fans, who are known as the BHIM Natives.

The rowdy scenes happened after Stonebwoy had been called on stage to receive the award for Reggae/Dancehall Artiste of the Year.

Although it was not clear what triggered the fracas, patrons at the event and some people who watched the show live on television alleged that they saw Shatta Wale walk towards the stage with some of his fans, while Stonebwoy was also seen pulling a gun before walking off stage.